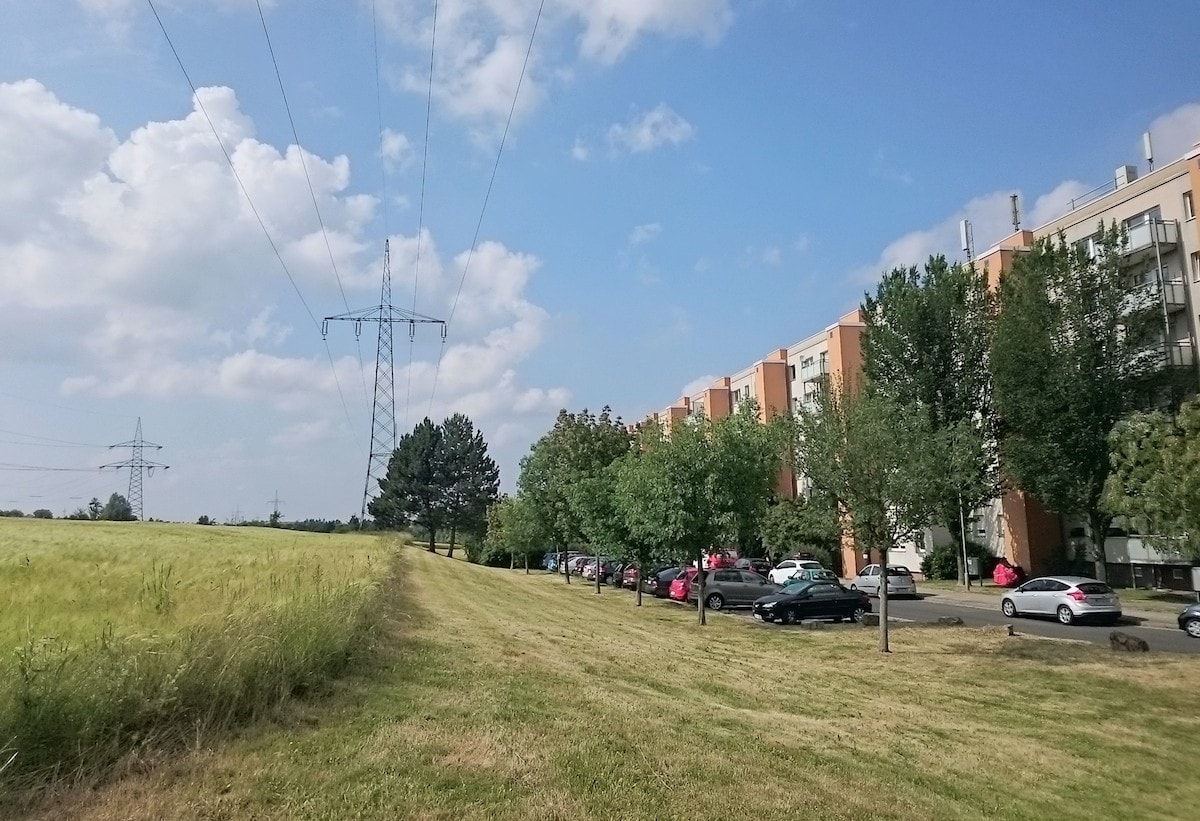 Dresden has a lot of pleasant suburbs – although Gorbitz doesn’t usually figure high up in the list. An oversight, says Jürgen Czytrich, who considers the district in the west of Dresden to be completely underrated. Czytrich has been involved in the life of this community for well over 30 years.

Gorbitz is the most beautiful district of Dresden because…

Well, beauty is in the eye of the beholder. At first glance, Gorbitz may not be in the same league as the baroque Old Town or the picturesque Weisser Hirsch district. But Dresden-Gorbitz is a peaceful and affordable place to live with plenty of greenery. There are various aspects that appeal to me. For example, the fact that half of the streets are named after plants. Ebereschenstrasse has rowan trees on either side, Forsythienstrasse is lined with yellow forsythia, and you can even pick cherries when they are in season on Kirschenstrasse.

How would you explain Gorbitz to a stranger?

Between 1981 and 1990, apartment blocks for 40,000 people were mass-constructed on a conveniently situated hillside using prefabricated components. Before that, the land had been meadows and fields. The new development was a popular residential area until the demise of the GDR. If you got hold of one of these apartments, you considered yourself lucky. Most of the apartments have now been modernised. It’s an affordable area with beautiful footpaths, parks and everything you need on a day-to-day basis: supermarkets, doctors, refurbished children’s facilities, schools, sports facilities, playgrounds and good transport links. By the way, there is a 30kph speed limit on all the streets. Now that’s really something!

What sort of person feels readily at home in Gorbitz?

Active OAPs, students who are more interested in their studies, and families with children. By which I mean, if you like it a bit livelier in the evenings, you’re probably better off in Neustadt. But if you enjoy dawdling next to the two small streams that were restored to nature after German reunification, or if you like to be within easy reach of a nice indoor pool which has real palm trees growing in the vestibule, or if you want to use the ingeniously designed sports equipment in one of several parks, then you’re probably the type of person who Gorbitz will really suit.

If Gorbitz were a person, what would be its distinguishing features?

A lover of nature and tranquillity, modest, friendly, family centred, perhaps middle-aged with greying hair around the temples.

The right soundtrack for a walk through Gorbitz would be this song:

The annual Westhangfest takes place on a site between Amalie-Dietrich-Platz and Merian-Platz that affords a wonderful view of the old town of Dresden. For the occasion, two local community associations, Verein Omse and the Eisenbahner Wohnungsbaugenossenschaft Dresden eG, organise a ‘Familien-Meile’, a family-friendly zone.

is a paid official at the Dresden city planning office with specific responsibility for ‘socioculture’ in the Gorbitz district. He has been involved with Verein Omse for 30 years. He is also the main organiser of the Familien-Meile at the annual Westhangfest and publisher of the local Gorbitzer Nachrichten newspaper. Czytrich was born in Schwerin and has been living in Dresden for the past 50 years.