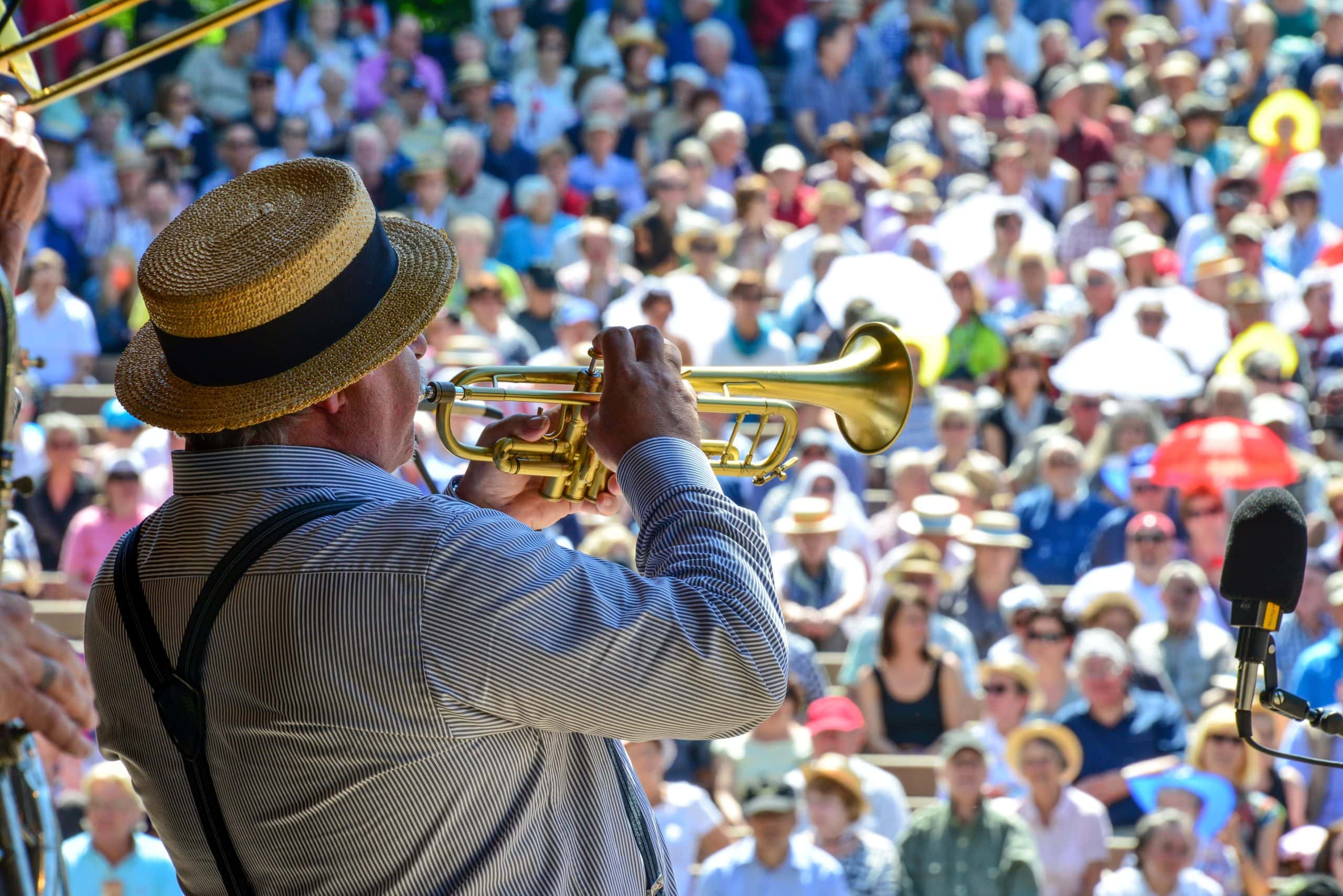 The biggest of Dresden’s many music festivals is dedicated to jazz. From 19th to 26th May, around 230 musicians will perform at the 49th International Dixieland Festival Dresden. For eight days at this time of year, Saxony’s capital city sounds (and swings) like New Orleans.

Dixieland is the music of the southern states of the USA. That was where jazz syncopations were first heard more than 100 years ago. The music of New Orleans evolved from blues, gospel, ragtime, marching music, African and other influences. It was characterised by riotous improvisation.

After the Second World War, jazz experienced a revival in Europe – and Dresden became its capital.

It was here in 1971 that the first International Dixieland Festival was held. The event was an instant hit, with long queues of people waiting to purchase tickets in the early days. In 1978, visitor numbers outstripped those for the state-organised May Day celebrations for the first time.

Since then, the festival has become the largest of its kind in Europe – with nowhere else offering as much jazz as this. In the history of the festival, more than 1,000 bands have appeared on stage, and total ticket sales have exceeded seven million.

This year, no fewer than 230 musicians will be performing over the eight days of the festival on 50 stages, some large and some small, producing a grand total of 186 hours of music.

As always, the curtain-raiser will be hosted by Dresden Zoo: the opening concert there on 19th May – Dixieland in the Family – will be headlined by The Busquitos and The Swinging Bluebirds.

The Dixieland ABC for Children interactive revue is as much a part of the programme as the Riverboat Shuffle when bands perform on board paddle steamers.

And for the first time this year, FriedrichstaTT Palace will also be on the bill. Gunther Emmerlich will be the guest star at the Dixieland Stammtisch evening concert.

Another premiere is the concert programme at BallsportARENA. The Great Saturday Night Jazz Show takes place under the proud banner headline “Jazz at its best!”. Seven combos from Belgium, the Netherlands, Portugal, Denmark, Italy and Germany will be aiming to recreate the spirit of Frenchmen Street in New Orleans. Artists will include Xaral’s Dixie from Portugal, Sugarpie and the Candymen from Italy and the Dresden Bigband.

The airport too will be transformed into a stage on 24th of May when the crowd will be dancing to the sound of blues, boogie and swing.

Among the undisputed festival classics are the shows at the Kulturpalast, which has been one of the main venues from the very beginning.

Jazzclub Tonne will of course be opening its doors, and during the daytime, the city centre from the main railway station to the piazza in front of the Taschenberg Palais Hotel will become one big jazz zone.

The festival reaches its climax on 26th of May when the big Jazz Gala featuring Baby Jools & The Jazzaholics, the Potato Head Jazz Band and pianist Dan Popek takes place on the Junge Garde open-air stage, followed by the Dixieland parade through the city. The grand finale is a closing session on the Altmarkt.

But that’s not the end for the city’s jazz lovers. As early as autumn, there will be more concerts forming part of the Jazztage (Jazz Days). Meanwhile, the Dixieland Festival will be gearing up for a big anniversary in 2020, namely its 50th.