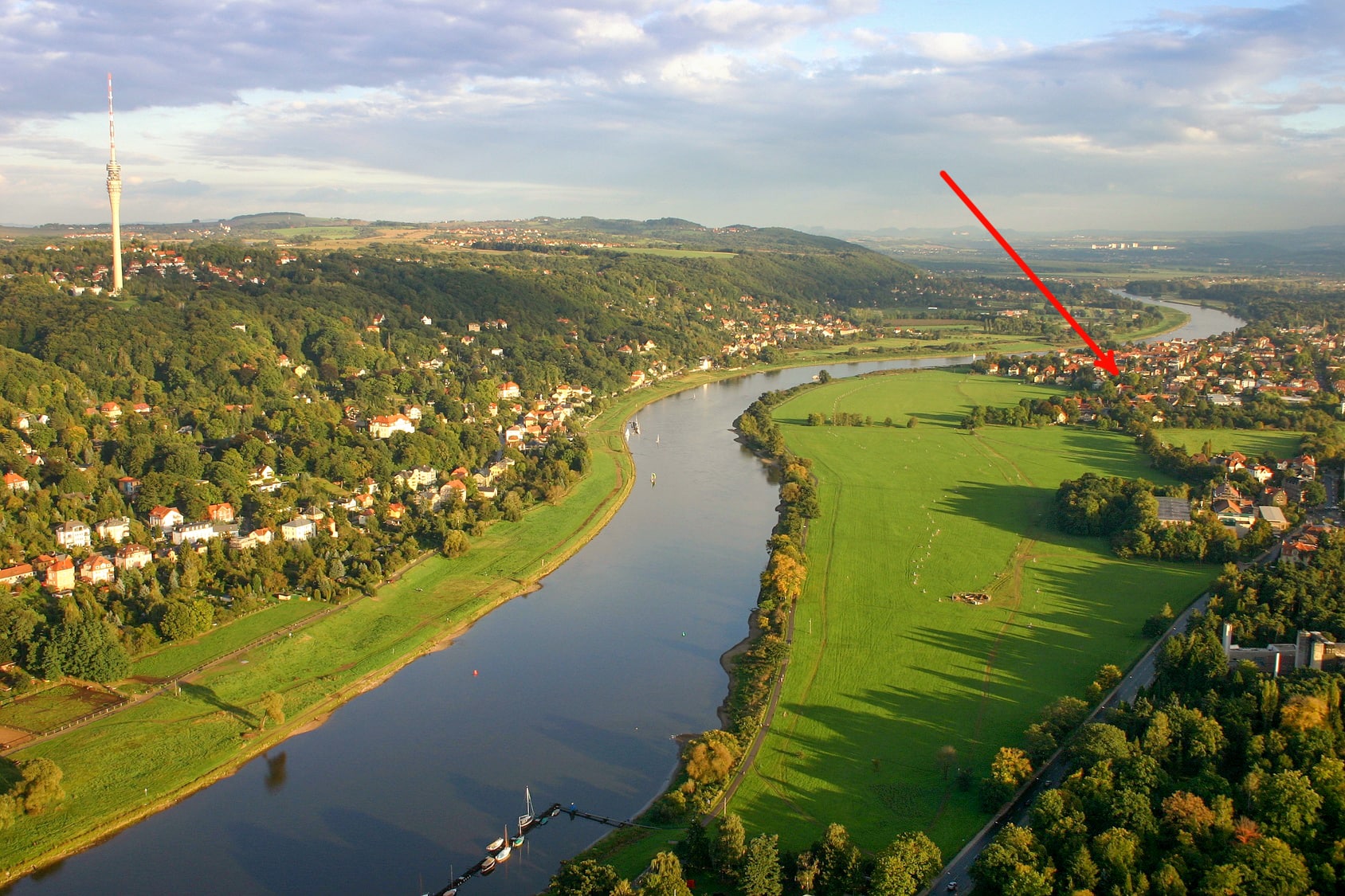 In the latest of our series about Dresden’s most beautiful neighbourhoods, we head to the east of the city. Laubegast is located on the left bank of the Elbe and was formerly a river fishing community. The city boundaries were extended to include the district almost 100 years ago, but Laubegast still radiates a certain village charm. This is the aspect that holds special appeal for mountaineer and rock climber Götz Wiegand.

Laubegast is the most beautiful district of Dresden because…

…it is a magnificent symbiosis of village and city. It is tranquil here and quite intimate – everyone knows everyone. You can get to the city centre in ten minutes, and because Laubegast is in the eastern part of Dresden, it’s also quite convenient for outings to the natural attractions of Saxon Switzerland. The surroundings are fantastic in all respects: just around the corner on the Elbe, you have the vineyards rising up from the valley. Running along the embankment is the Elbe Cycle Route, and there are various riverside pubs. My local is the Zum Gerücht.

How would you explain Laubegast to a stranger?

It’s a suburb with a village character that is populated by many interesting people. It is obviously a fairly affluent district – most of the residents could be classified as middle class. No wonder: you have to be earning a decent salary to buy or rent so close to the river. Despite that, there is a good mix of younger people and senior citizens.

What sort of person feels readily at home in Laubegast?

The sort of people my wife and I meet in our Bergtrolle shop and Breitengrad club: open‑minded, tolerant, friendly and with a strong sense of belonging. Tolerance and a love of one’s home town or region go hand in hand as far as I am concerned. For many years now, I have been an extreme mountaineer, also travelling through jungle and desert terrains. But I can only do that because I have a base here in Laubegast, where I feel rooted and where I know everyone. Well, almost everyone.

If Laubegast were a person, what would be its distinguishing features?

Generous, wise and yet inquisitive. And helpful.

The right soundtrack for a walk through Laubegast would be this song:

Born 1959 in Klaffenbach near Chemnitz, Götz Wiegand studied Mechanical Engineering in Dresden and has been climbing since 1984. He has so far ticked off four of the eight-thousand-metre peaks in the Himalayas. Between 1997 and 2008, his home was in Laubegast. He opened his Bergtrolle shop here in 2004.