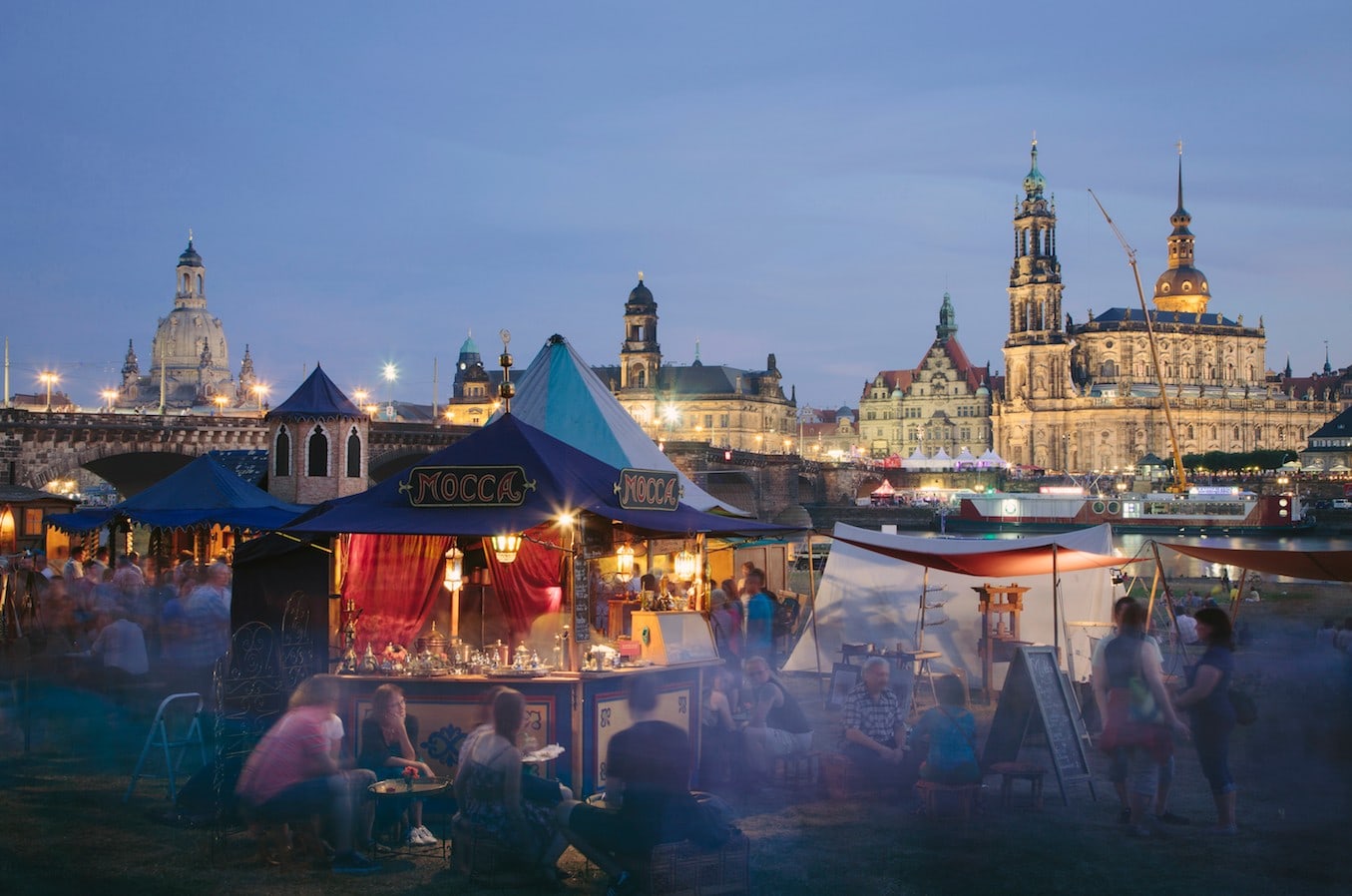 There is so much more to Dresden than the historic baroque centre and the lively Neustadt quarter on the opposite bank of the Elbe. Each district has its own unique character, which perhaps comes out most clearly during the traditional festivals they each host. In this series, experts on Dresden introduce us to the most interesting of these districts. Our first interviewee is city guide Michael Brey who tells us all about the Altstadt (‘Old Town’).

What is the most fascinating aspect of the Altstadt for you?

The green cityscape that has developed naturally out of a riverbank setting. And the places where the old ends and the new begins. Having said that, though, it is often not clear at first glance what is old and what is new. The ‘modern’ Palace of Culture, for example, is actually older than large sections of the Residenzschloss. The Altstadt is like a screen on which the city’s story is projected for people to muse over and draw their own conclusions.

How would you explain the Altstadt to a stranger?

The Altstadt is a big museum with a lot of classy shops, some fabulous restaurants and nice people – and at the same time an urban area that is undergoing change. At first glance, it’s like a stage setting that is easy to take in and to ‘consume’ as if it were a delicious cake. At the same time, there are strong contrasts. For example, if you walk from the Neumarkt via the Altmarkt to the Prager Strasse, it’s only two streets away, and yet you seem to be entering a completely different city. It creates a highly disparate impression, and that’s what makes the Old Town so interesting.

What sort of person feels particularly at home in the Altstadt?

Explorers looking for lesser known spots in among the usual tourist sights, and anyone in search of an oasis of peace and culture in the heart of a big city. My favourite place is the café on the terrace outside the porcelain exhibition at the Zwinger palace. From here, you have a great view of the Residenzschloss and the Taschenbergpalais, and if you turn your head, you can see the Postplatz which is undergoing a major transformation. This terrace is a wonderful vantage point from which to survey the surroundings.

If the Altstadt was a person, how would you describe it?

Sensitive, full of character and ever so slightly in love with itself.

What would you choose as a soundtrack for a stroll through the Altstadt?

Generoso risuegliati, o core from the opera Cleofide by Johann Adolph Hasse, which was premiered at the Opernhaus am Zwinger on 13th September 1731.

City ​​tours Together with his wife Nicole, Michael Brey offers guided tours of Dresden, both on foot and by transport, plus museum tours. He is an expert on the Altstadt. Stadtfest (City ​​Festival) Dresden’s main city festival goes by the name of Canaletto. It will take place for the 20th time in 2018. The date for this open-air party with musical, show and theatrical elements is the weekend of 17th – 19th August.