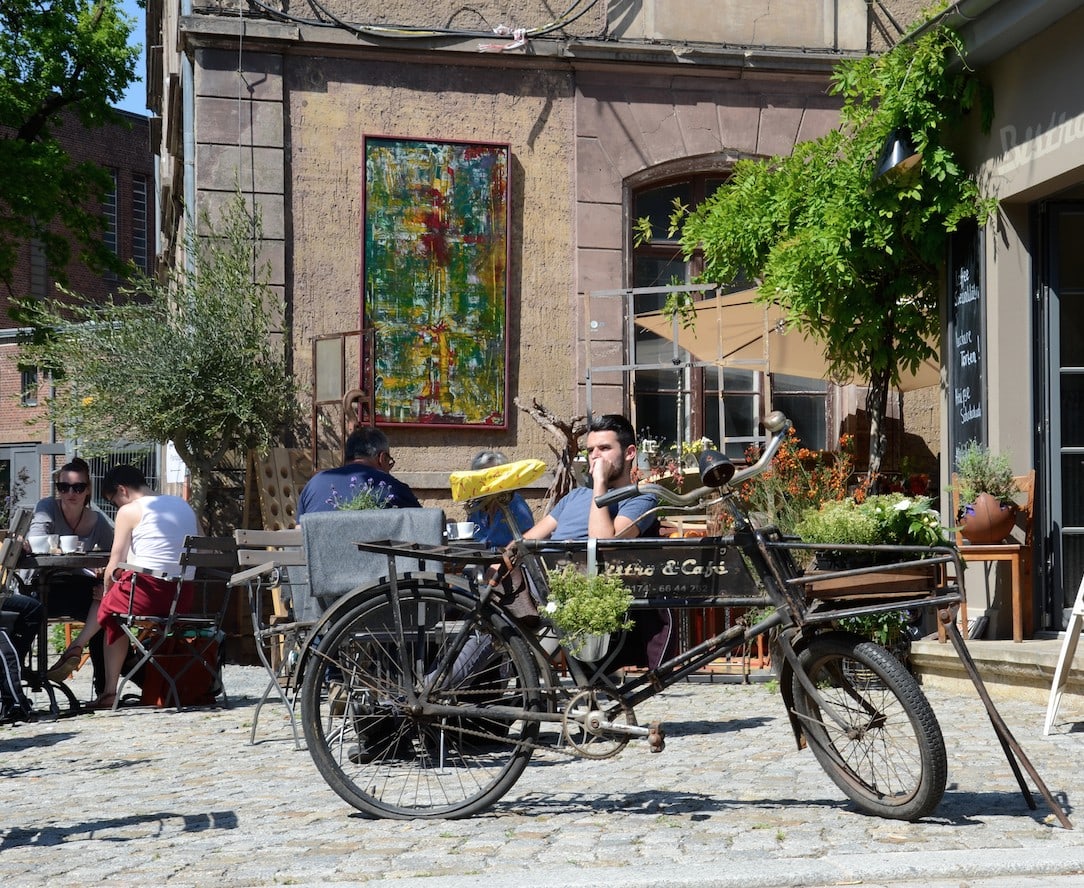 Warm days, sunshine until late in the evening, and the Elbe embankment as a place for everyone to hang out. Summer in the city? That means a visit to the beer garden at the end of the working day or as a weekend outing. Here we tell you about some of the city’s most beautiful shady open-air pubs.

Schillergarten: In the footsteps of the famous poet and dramatist

With its views of the Elbhang vineyards and the Blaues Wunder bridge, its patios shaded by lime trees and its homemade ice cream, the Schillergarten is always a popular destination. Friedrich Schiller patronised the establishment in 1785 to catch a glimpse of the pretty innkeeper’s daughter, Johanne Justine Segedin, whom he later immortalised as Gustel von Blasewitz in his epic drama, Wallenstein. The adjoining children’s playground allows stressed modern parents to snatch some precious moments of relaxation.

Elbsegler: The Canaletto view of the Frauenkirche

Perhaps the best-known view of the city skyline was captured by Canaletto in his painting Dresden vom rechten Elbufer unterhalb der Augustusbrücke (Dresden as seen from the right bank of the Elbe below the Augustus Bridge). At the spot where he must have set up his easel stands the maritime-themed beer garden of the Westin Bellevue Resort, with its sail-like awnings which billow gently in the breeze. In front of the ship-style railings, loungers loll on the lawn, while tables are set on the decking for the consumption of freshly grilled fish . The land in sight is Dresden’s most beautiful aspect.

Fährgarten (= Ferry Garden) Johannstadt is convenient to reach on foot, by bike, by ferry or by boat. It is sheltered by ancient lime and chestnut trees and surrounded by lush green Elbe meadows. The basic beer garden fare of barbecued wurst, Shopska salad, potato wedges (and shade from the sun) is readily available, even when it gets crowded. Obligatory: Waving back at the passengers on the paddle steamers. Optional: Fassbrause (keg soda) in shocking pink or green.

Napoleon brought destruction to the city of Dresden – but also free access to the Grosser Garten (Great Garden). The previous entrance reserved for the nobility was blown up, and in its place were built the gatehouses we see today, with a licence to serve liquid refreshment to all Dresdeners. A concession that they fulfil to this day. The Wachstube with its children’s playground and beer garden, the Torwirtschaft with its miniature golf course, and in between, enough space for all sun-worshippers who like to tuck into seasonal delicacies washed down with a cool lager.

Yenidze: A hint of the Orient

At first sight, the building looks like a large mosque. In fact, the Yenidze was originally built as a cigarette factory. And just beneath the dome of this architectural curiosity is the highest beer garden in Dresden with its unique terrace. The dome restaurant scores extra points for its breathtaking view of the Zwinger, Semperoper and Frauenkirche. In keeping with the style of the building and the 1001 Märchen GmbH ensemble who perform Tales from the Thousand and One Nights underneath the Yenidze dome, the menu has a distinctly oriental flavour.

Lingner Terrace: On the sun deck

No matter what time of year it is, when the sun shines over Dresden, there is hardly a more beautiful place than the terrace outside Lingnerschloss. Dresden’s ‘sun deck’ provides a grand panorama with a miniaturised city at your feet. Despite the exotic location, Flammkuchen (tarte flambée), Obatzda (a cheese delicacy) or Bockwurst come at moderate prices, thanks to the generosity of Karl August Lingner, the former Odol manufacturer, who bequeathed the Lingnerschloss to the city in 1916 with the proviso that it should always be open to the less wealthy.

Louisengarten: Immerse yourself in the ‘Alternative Quarter’

In the middle of the Outer Neustadt district, next to the Scheune live music venue, is the Louisengarten. An ideal place to observe the bustling street life from an idyllically peaceful vantage point. In the immediate vicinity of the long-established Fleischerei Creutz, which supplies the most delicious meat for barbecuing, it is definitely the best place to appreciate the atmosphere of this particular district. The evening is even more enjoyable with a bottle or two of the local brew from the neighbouring Neustädter Hausbrauerei.

The Weisser Hirsch concert venue is surrounded by the Dresdner Heide, one of the largest municipal woodland parks in Germany. While the children rampage around the adventure playground, adults can enjoy the specialties of the house. Stefan Hermann, Michelin star chef and owner of the Bean & Beluga restaurant, has come up with a proprietary Bratwurst recipe and also serves superior beer garden quality at affordable prices. There is also a culture bonus: stars such as Annett Louisan, Mark Foster, Johannes Oerding and budding regional talent such as CousCous have performed in the intimate concert arena.

Normally, pubs attached to allotments do not acquire a reputation that spreads far beyond, but el Horst with its large summer garden in the densely populated district of Striesen has done just that. Anyone who likes to drink beer in a horticultural setting and perhaps savour a freshly cut salad together with a freshly grilled steak will surely tarry here a while.