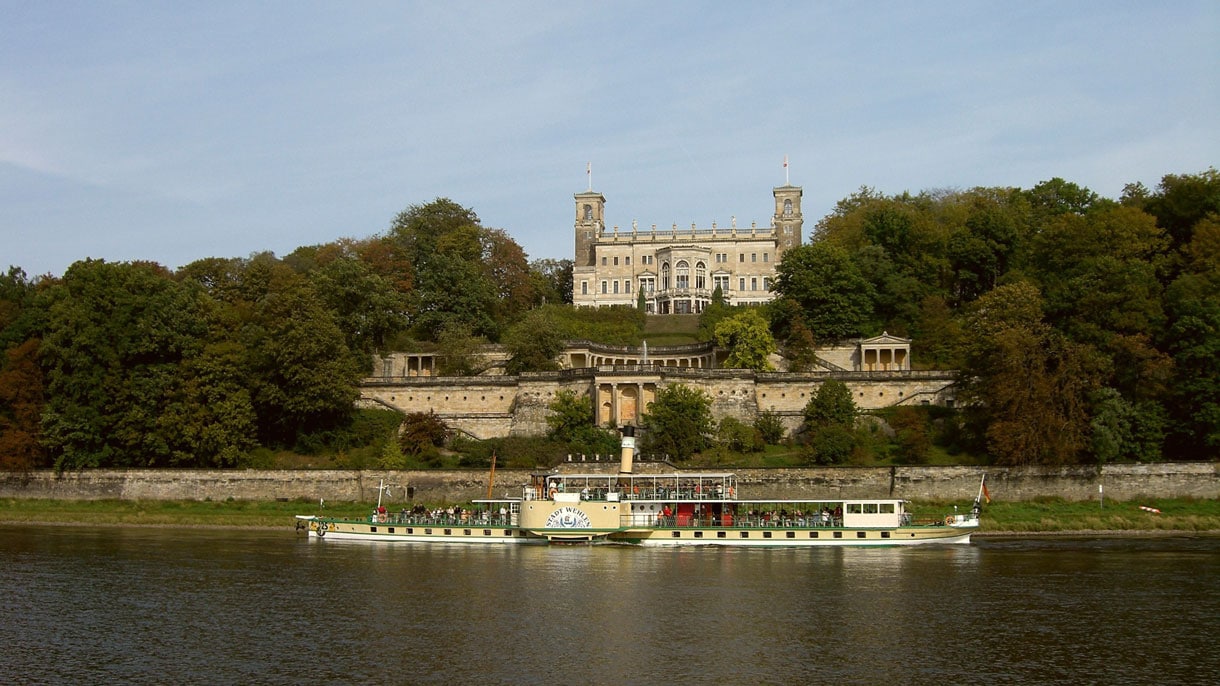 In the former residential city Dresden and its surrounding land are many magnificent castles. These buildings originate in different epochs – from the early medieval times to the last century. See four of them here.

Famous residents: Duke Albrecht the Bold first designated the Residenzschloss his royal seat in 1485. It served all Saxon prince electors and kings in that capacity until 1918. The most famous among them is, of course, August the Strong (1670 – 1733).

Affairs of the heart: The best-known stories surround Countess Cosel, the mistress of August the Strong. The prince elector installed her in the adjacent Taschenberg Palace so that she would be constantly available. To ensure that she didn’t have too far to walk, there was allegedly a secret passage from Taschenbergpalais leading directly to the royal bedchamber. However, the bridge we see today was not constructed until the 19th century.

Disasters overcome: The castle was gutted by fire during the air raid of 13th February 1945. The Dresdeners shielded what was left of the facade with temporary roofing. In 1985, the GDR government commenced work on rebuilding the palace.

Modifications: Several extensions and conversions in the 15th and 16th centuries transformed the fortress into a Renaissance palace. During the great reconstruction project of 1889 – 1901, the architects Dunger and Frölich accentuated these characteristics with the liberal addition of neo-Renaissance features.

Romance factor: Low, because the Residenzschloss served primarily to enhance the prestige of the Wettin line rather than as a quiet retreat.

Horror factor: Low – because of the high public footfall, there is limited scope for ghosts to haunt the museums of the Dresden State Art Collections.

Surprise factor: Apart from the rooms of the Green Vault, a number of facades and spiral stairwells, all sections of the palace were (re)constructed after 1985.

Affairs of the heart: Prince Albrecht wished to marry a commoner, Rosalie von Rauch, but first had to divorce his wife, Princess Marianne of Oranien-Nassau. He was therefore required to renounce the throne of Prussia as well as his official residence in the kingdom. He had Albrechtsberg built as a home for himself and Rosalie.

Disasters overcome: Wilhelm Graf von Hohenau, the first son of Albrecht and Rosalie, inherited the castle, but had to sell it to the City of Dresden after accumulating massive gambling debts.

Modifications: None – the palace is still in its original state, along with its murals in the classical style.

Romance factor: High – the extensive palace grounds are laid out in the style of an English garden, with lakes, streams, follies, panoramic views and also the Roman Bath – a pool that exudes royal class.

Horror factor: The last ghosts will surely have moved on after the castle was used by children in the GDR era as a sports, cultural and educational centre.

Surprise factor: The richly ornamented Turkish bath in the palace was used by DEFA as a set for the 1953 fairy-tale film Der kleine Muck (Little Muck).

Famous residents: Between 1713 and 1715, Countess Cosel lived in the palace, which at that time was still essentially Renaissance in concept.

Affairs of the heart: Schloss Pillnitz brought little happiness to lovers: Prince Elector Johann Georg IV, brother of August the Strong, purchased it for his mistress Magdalena Sybille von Neidschütz, but both died the same year. Countess Cosel, who was subsequently given the estate by August the Strong, lost it again when she fell out of favour. But it also served as a place of celebration during the festivities for the wedding of August’s son Friedrich August II and Maria Josepha, daughter of the Austrian Kaiser. It was a marriage that would produce 15 children!

Disasters overcome: The high-water mark of the floods in 2002 can be seen on the flight of steps at the front of the building. The ground floors of the Wasserpalais and of the Neues Palais were inundated up to the ceiling. The great fire of 1818, on the other hand, has left no visible signs.

Modifications: In the decade of 1720 – 1730, the old Renaissance palace received two companion buildings, the Wasserpalais on the left and the Bergpalais on the right. August the Strong had a penchant for all things Asian, so his architects Matthäus Daniel Pöppelmann and Zacharias Longuelune gave the new additions their characteristic pagoda roofs. Between 1778 and 1791, the wings were added to the main building and the Chinese Pavilion was built. After the fire of 1818, the old Renaissance castle was replaced by the Neues Palais.

Romance factor: High, because the ensemble of river embankment, Baroque garden, English garden, tree-lined Maillebahn and exhilarating pavilions is exceptionally harmonious. And also because it is possible to rent the small Trompeterhaus in the middle of the grounds.

Horror factor: Joachim von Loss, who owned the Pillnitz estate in the 17th century, unlawfully seized land from peasant farmers in the surrounding countryside. For this, he went down in local folklore as ‘Wicked Loss’, and it is said that he still haunts the palace in the form of a black dog.

Surprise factor: To the west of the Wasserpalais is the Charmillen hedge maze. Countess Cosel had it planted – one of the very few features that are associated with her memory.

Famous residents: The Saxon royal court used the castle as a private hotel for hunting parties. It only served as a main residence from 1933, when Prince Ernst Heinrich moved in permanently. After the abdication of his father, he had no prospect of assuming the throne himself, but he was known for his anti-Nazi views. In 1943, he invited the famous artist Käthe Kollwitz to set up home in Moritzburg after her home in Berlin was destroyed in an air raid.

Affairs of the heart: Cinderella and her Prince Charming were shown falling in love at Moritzburg in the classic DEFA film production Drei Haselnüsse für Aschenbrödel (English title: Three Wishes for Cinderella).

Disasters overcome: The Thirty Years’ War brought destruction to Moritzburg. The Wettins buried silverware and jewellery before they fled. This was discovered and dug up by soldiers of the Red Army. A hurricane toppled the sandstone statues from the balustrades in 1997. The castle came out of the GDR era quite well, being renovated in 1980.

Modifications: August the Strong was responsible for the most significant changes. Between 1722 and 1727, he had his architects Matthäus Daniel Pöppelmann and Zacharias Longuelune extend Moritzburg outwards and upwards, joining up separate elements in the process.

Romance factor: High! And at its highest level, when the castle lake is frozen – then you can go ice skating in tandem and imagine you’re listening to the theme music of the Cinderella film.

Horror factor: Low – the wolves in the wildlife enclosure are well fenced in.

Surprise factor: The grounds of the castle once consisted of swamp and forest. Landscaping commenced in the 16th century. The castle lake was formed by the skilful diversion and damming of streams.