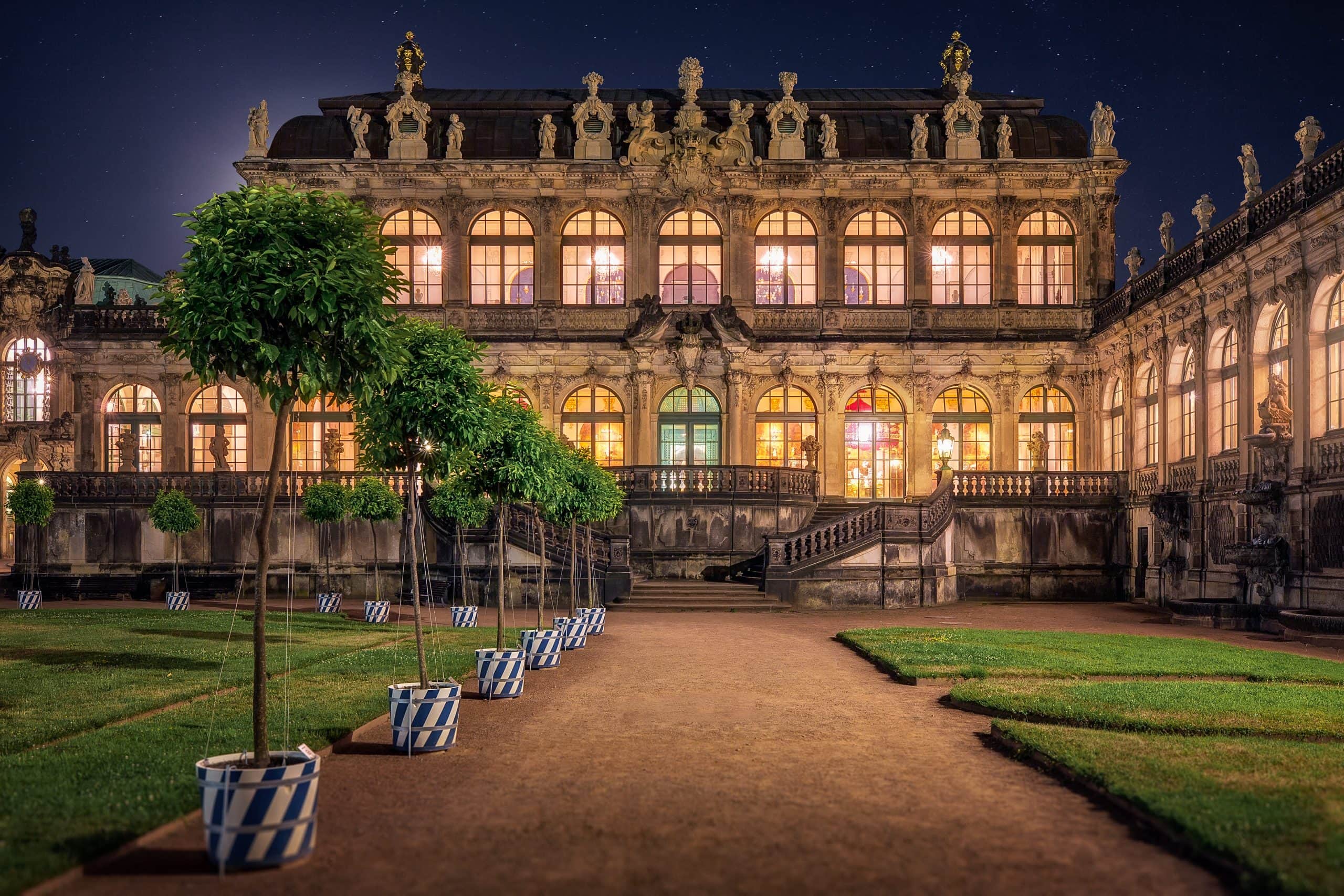 In 1719, Friedrich August II married Maria Josepha of Habsburg, daughter of the Holy Roman Emperor. It was a fabulous occasion that Dresden is now commemorating 300 years later with numerous events, exhibitions, performances and festivities.

To get the best impression of the party, you need to be actually there. Virtual Reality makes this possible. TimeRide Dresden transports visitors back to the year 1719 – in one of the carriages travelling to the royal wedding or as a guest of Augustus the Strong at the Festival of Mercury.

The exhibition Von Prunkgondeln, Prachtkutschen und Pferdeäpfeln – Unterwegs zur Jahrhunderthochzeit 1719 (Of gondolas, state carriages and horse manure: En route to the wedding of the century in 1719) shows how thousands of guests travelled from Vienna to Dresden and were subsequently transported around the city.

300 years ago, the bride arrived at Pirna, from where she continued her journey to Dresden. Lustgondeln anno 1719 is a re-enactment of this river trip in which ornate gondolas will travel sedately down the Elbe from Pirna to the old town of Dresden.

Dresden goes Mediterranean: in Augustus the Strong’s day, the Zwinger had a magnificent orangery. This tradition has been revived – the little orange trees return from their winter quarters, borne aloft in a parade with baroque entertainment and ample supplies of vitamin C.

Schloss Burgk is the venue for a special exhibition: 300 Jahre Saturnfest im Plauenschen Grund commemorates the tercentenary of the Festival of Saturn staged in a river gorge south of the city. This year’s Bergmannstag (Miners’ Day) will be a baroque-themed party with courtly costumes and fireworks.

Liebesfrust und Hochzeitslust oder Früher waren mehr Prinzen (Love’s frustration and wedding joy or There used to be more princes): an actor and a musician join forces to bring pandemonium onto the stage. Between them, they play all the characters from the grand princely wedding, thereby transforming it into a baroque comedy.

400 artists, 85 concerts and 16 stages: The 11th Dresdner Schlössernacht (Night of the Dresden Palaces) in the grounds of the three Elbe palaces – Lingner, Eckberg and Albrechtsberg – as well as in the former Saloppe waterworks promises to bring together majesty, radiant illuminations and the spirit of the year 1719 in in a single evening.

Focusing specifically on the prince elector’s wedding, the exhibition Macht Mittel Musik (Music as an expression of power) sheds light on the question of how culture and music were used to build a power base – and how this major event shapes Dresden’s self-image to this day.

‘Dresden from the Right Bank of the Elbe below the Augustus Bridge’: This painting by Canaletto is one of the most famous representations of Dresden – and the name of the artist has been co-opted by Dresden for its great City Festival.

While Freital recreates the Saturnfest, the Grosser Garten in Dresden is commemorating the Venusfest of 1719. Eine delikate Lustbarkeit (A delicate merrymaking) is the title of the exhibition. It opens with a ‘citizens’ party’. During autumn, the Palais will be transformed into an opera stage.

Through the bedroom keyhole

In preparation for the wedding of Maria Josepha and Friedrich August II, Augustus the Strong decreed that the Residenzschloss should be given a French style makeover. A State Apartment with five baroque reception rooms was installed, including a bridal suite with a four-metre-tall bed. Following extensive restoration work, the State Apartment in all its original splendour will be made accessible to the public again in September.

Festung Dresden, the Dresden Fortress, is due to reopen in autumn 2019. It was one of the most state-of-the-art fortresses in Europe 450 years ago and is now about to thrill and delight with a truly modern multimedia exhibition format: Festung Xperience is a journey back through time with 360-degree projections and atmospheric audio technology recreating the fortress as it was 450 years ago.