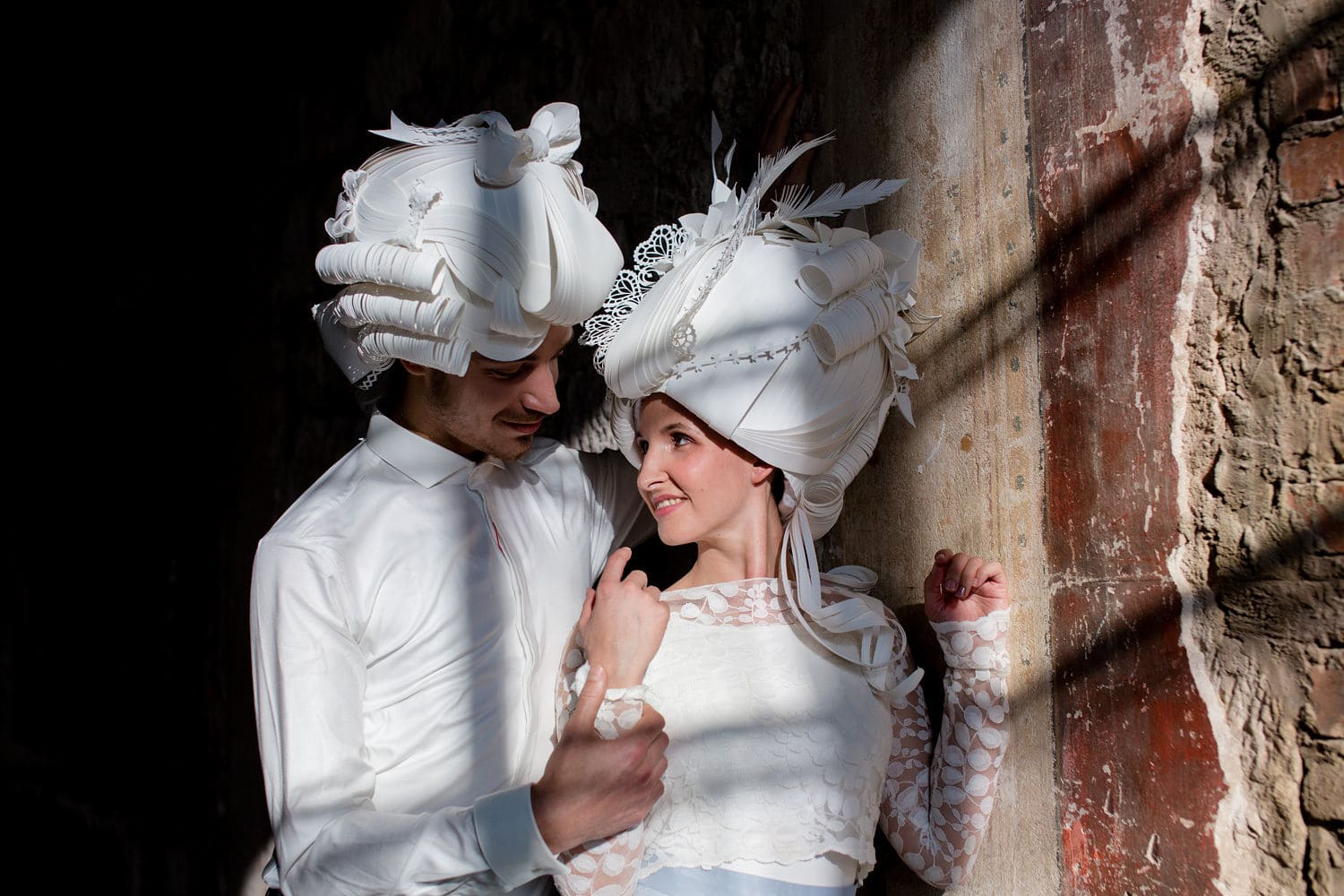 Augustus the Strong, Elector of Saxony and King of Poland, had great plans for his son. 300 years ago, he laid on the biggest wedding party ever seen for him.

Augustus the Strong was a dazzling personality. Perhaps the most dazzling personality that Dresden has ever produced. He loved art and the good life, he intrigued and went to war, albeit unsuccessfully. He enlarged the famous art collections, planned magnificent palaces and persuaded talented artists to come to Dresden. He did everything in his power to turn the city into the epitome of a baroque metropolis.

Above all, however, the Elector of Saxony was pursuing a strategy that he hoped would establish his country as one of the great European powers. His ultimate objective was therefore to bring the title of German emperor to Saxony. He saw the Polish crown as merely a stepping stone. He spent millions of thalers in bribes so that the Polish nobles would choose him. When it looked as if the imperial project would not work out for him personally, he resolved that his son Friedrich August would at least make it to the very top. To this end, Augustus the Strong pulled all the available levers. He arranged for Friedrich August junior to marry the Austrian Archduchess Maria Josepha. It was one of the greatest wedding celebrations of its time and became known as ‘the 40 legendary days of 1719’.

The nuptials fulfilled a dual function. On the one hand, it was to forge an alliance between Saxony and Austria for mutual protection against the rising power of Prussia. By forging this bond, the baroque kingdom of Saxony was shifting its political allegiances towards the south, and the consequences of that decision can still be seen in the architecture of Dresden.

At the same time, Augustus the Strong hoped that the marriage would increase the likelihood of the imperial crown coming to Saxony. Planning was set in motion a long time before. In 1712, seven years before the marriage, the heir to the throne was obliged to change his faith in order to be included in the ranks of potential spouses for Catholic princely houses.

But the conversion remained secret until 1717 in order not to stir up rebellion among the estates and nobility of Protestant Saxony. When the betrothal (or ‘hochfürstliche Beylager’, as the chroniclers called it three hundred years ago) came to fruition, Augustus the Strong wanted the whole world to see how serious he was about his imperial aspirations. His intention was that the lavish festivities of autumn 1719 would be talked about in the princely courts of Europe for a long time to come.

Simple in Vienna, luxurious in Dresden

The marriage had already officially taken place on 20th August in the chapel of the Alte Favorita palace in Vienna. It had been a comparatively simple ceremony without much fanfare except for the performance of a specially composed opera. It was not until the couple arrived in Dresden that the celebrations were stepped up to the next level, because the wedding meant far more to the court of Saxony than to the Habsburgs.

When the bride at last arrived on Saxon territory on 31st August, the Prince Elector instructed his court officials to lay on a programme of all the entertainments that were fashionable at that time: jousting and banquets, masked balls, parades and redoubts, hunting with dogs, tournaments, reworks, stately processions, plays, concerts, Italian and French comedies, operetta and opera performances as well as mock naval battles on the lake at Moritzburg Castle.

Some of the festivities took place in the Zwinger and the neighbouring opera house. Both of these buildings had been completed at breakneck speed on royal orders to be ready to stage equestrian events, fairs and performances. The architecture, which still shapes the popular image of Dresden, entered into a symbiosis with the festivities: they both document the pretensions to grandeur of the Saxon royal court.

In order to document for posterity the scale of the merrymaking and the grandeur of the Saxon court, artists and writers were hired to record the extraordinary events in as much detail as possible. A splendid volume with more than 125 drawings was intended to surpass anything of the kind that had previously existed, but today it is only preserved as a fragment.

The poet and master of ceremonies Johann von Besser wrote in his specially commissioned Lob-Schrift an Ihre Königliche Majestät von Pohlen (Eulogy to His Royal Majesty of Poland) that “this unique wedding brought together almost all the pleasures in human life”. The celebrations lasted 40 days, and the highlight was a series of seven festivals, each themed on one of the planetary bodies known at that time.

Saxony at the centre of the world

However, the various productions not only served for entertainment and the demonstration of grandeur but were also designed to shape public perception of the prince elector by means of allegories and metaphors. They were what might nowadays be described as an exercise in marketing. When 1,500 miners paraded through the city, this was intended to emphasise the primary source of Saxony’s wealth, namely the extraction of precious metals.

When a jousting tournament was staged on the Altmarkt, none of the contestants came to any harm, but it signified a connection to the glorious past of the Wettin line. And when the guests dressed up as Persians, Americans, French, Indians, Chinese, Africans, Turks, Hungarians or Russians for the Mercury Festival, this signalled that the glorious ‘Florence on the Elbe’ was at the centre of the world.

All of these cues, symbols and signs were condensed into a single ostentatious narrative proclaiming the greatness of Saxony and its ruler, as well as the scope of its ambitions. As we now know, the ultimate prize failed to materialise: no member of the House of Wettin ever became Kaiser, and Saxony did not become a European superpower. Instead, it continued to play second fiddle to Prussia in the north and Austria in the south. The ambitious plans of Augustus the Strong came to naught.

But despite all that, contemporary accounts suggest that Friedrich August and Maria Josepha were happy in their arranged marriage. They went on to have 15 children, eleven of whom survived childhood. So, looked at in this light, the big party of the year 1719, this extravaganza of baroque delights, was also just a normal wedding.