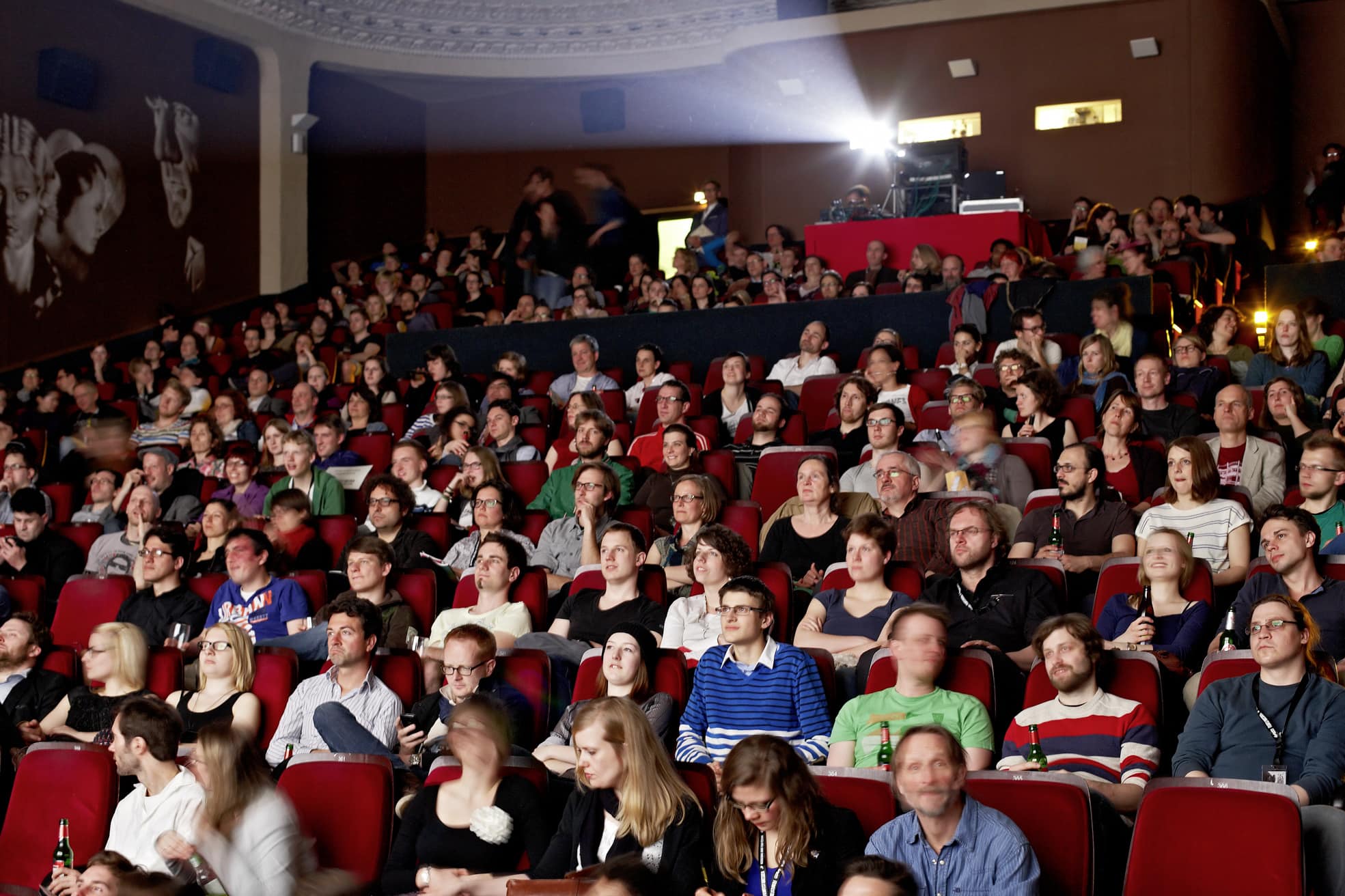 The Dresden Film Festival started out in 1989 as a niche event showing films that had been banned elsewhere. Now about to enter its 30th year, it has become one of the most prestigious and highly acclaimed short film festivals in Europe. During the week of 17th to 22nd April 2018, 69 films from 29 countries will again be competing for the ten Goldener Reiter awards and in four special categories.

The ten-member selection panel for the 30th Dresden Film Festival drew up the shortlist from no fewer than 2,200 animated and short feature films. Mandy Müller, member of the panel for national films, identifies a clear trend among the filmmakers towards social critique: “The theme of ‘Flight and Displacement’ – in other words, the refugee crisis – is increasingly coming in for more subtle treatment.”

Social critique has a long tradition at the Dresden Film Festival, which was founded in the spring of 1989 as a forum for films that were either banned or rarely shown in the GDR.

When the Berlin Wall fell, the organisers looked for a new thematic dimension. With Dresden being home to the DEFA animation studios, the idea of a festival for cartoons seemed highly appropriate.

Oberhausen, Berlin, Hamburg – Germany certainly has bigger short film festivals. However, the Dresden Film Festival has not only firmly established itself on the national scene in the last three decades but also acquired a significant international reputation. In recent years, it has pulled in around 25,000 extra visitors to the city. With prize money totalling €67,000, the Dresden Film Festival is one of the best-endowed short film contests in Europe.

Films from 29 different countries will be screened at eleven cinemas across the city starting on Tuesday 17th April. Competing in the international class will be 23 cartoons and 19 works of fiction, including Copa Loca by the Greek director Christos Massalas who premiered at Cannes last year and Negative Space, a French film that was nominated for an Oscar in the animated film category in 2018. Meanwhile, 27 productions will be vying for honours in the German national class. The genres range from a musical featuring a cast of animals to hard-hitting social documentary.

But there are also some similarities. “Fear of loss, fragile bonds, the search for the right language and the question of how community can emerge” – this is how Ricardo Brunn, film columnist and member of the panel for international films, summarises the common thread running through the films selected.

The Dresden Film Festival takes place in the week of 17th to 22nd April. In addition to the various competition categories, there is a wide range of special interest programmes based on themes, countries, retrospectives and cinema for children and teenagers. Programme titles include Europe, Greece, Experiments and a masterclass with Ibolyta Fekete.

For more information and tickets, see the official website of the Film Festival.