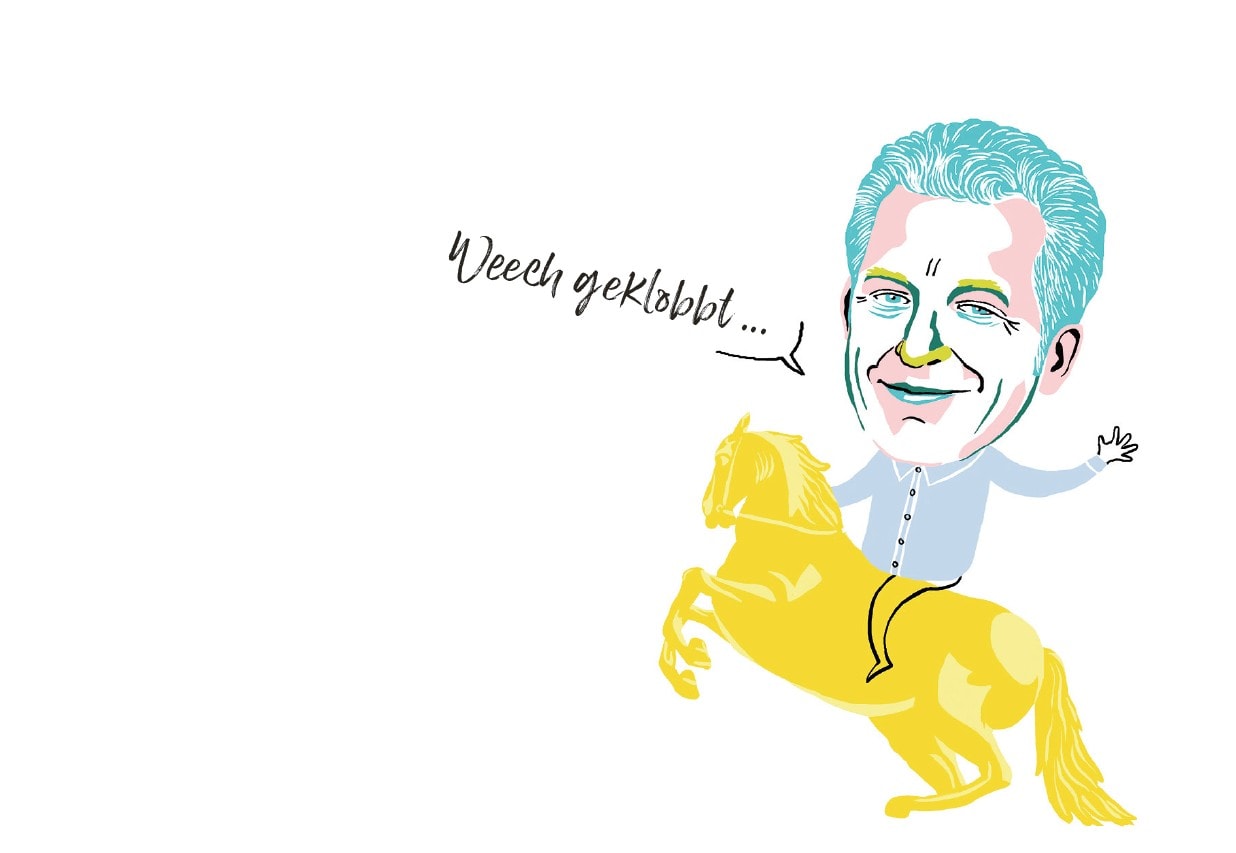 So you don’t understand a word the Dresdeners say to you? That certainly couldn’t be the fault of the speaker. Because as everyone knows, the Dresden dialect is melodious, precise and full of feeling. An introduction for beginners.

A guest article by Peter Ufer

The Dresden variety of the Saxon dialect sounds most refined. At least to the ear of a Dresdener. For visitors, however, the language spoken by the denizens of the Upper Elbe valley is often totally incomprehensible.

You hear the little word ‘nu’ and wonder why the Saxons are so negative about everything – why are they always saying ‘no’? The Dresdener doesn’t see a problem here, because he obviously means ‘yes’.

That’s right – ‘nu’ signals agreement. This monosyllabic word has its origins in the Slavonic language which was commonly spoken in the region centuries ago. The evidence is there in the neighbouring Czech Republic, where the word for ‘yes’ is ‘ano’ ,which generally gets shortened to ‘no’, hence the Dresden variation, which is ‘nu’. ‘Nu’ is not only used to mean ‘yes’ but also ‘now’. ‘Nu gugge ma da!’ means ‘Now lookee here!’.

This word is a gift from Saxony that has been taken all over the world because the English say ‘now’ and the Swedes – just like the Saxons – say ‘nu’. So the Dresdeners, who are occasionally accused of being provincial, are in fact quite international.

This famous – or possibly notorious – two-letter word is also an illustration of the finely graded scale of affirmation and negation that Dresdeners apply in their speech. It is one of several such Saxon expressions: a ‘neee’ is a full-blown ‘no’, ‘nuni’ means ‘not now’, ‘nano’ is ‘that’s right’ and ‘gorni’ means ‘not at all’. The system suits the Dresdener, because he aims to be neither a yes-man nor a spoilsport. Sometimes, he finds it quite convenient not to be understood by others.

The ‘nu’ form is unique to the Dresden variant of Sächsisch. The Dresdener stands out from the rest, and that’s the way he likes it. Listeners prick up their ears as soon as he opens his mouth. The dialect is an expression of his homeland.

Luther translated the Bible into German as spoken at the court of Meissen, and from then on, all church-going Germans had to ‘babble’ like Saxons. If you study the history of the language, you will come to see that Saxon is not a corrupt form of High German but rather the reverse.

In the days of Luther, Germany was still called ‘Teutschland’. And presumably, it would still be called that today, if the Dresdeners had not ‘weech geklobbd’ (softened) the initial ‘T’. It should further be noted that, although the Dresdener does not always say what he thinks, he always means what he says.

Dr Peter Ufer was born in 1964 in Dresden. His publications include Deutschland, Deine Sachsen (Germany, may I present your Saxons?), Dresden für Liebhaber (Dresden for fans) and Der neue Gogelmosch – das exklusive Wörterbuch der Sachsen (The new Gogelmosch – the exclusive dictionary of Saxony to change the world). He sits on the panel of judges who select the Sächsisches Wort des Jahres (Saxon Word of the Year) and organises the annual German Cartoon Prize in Dresden.