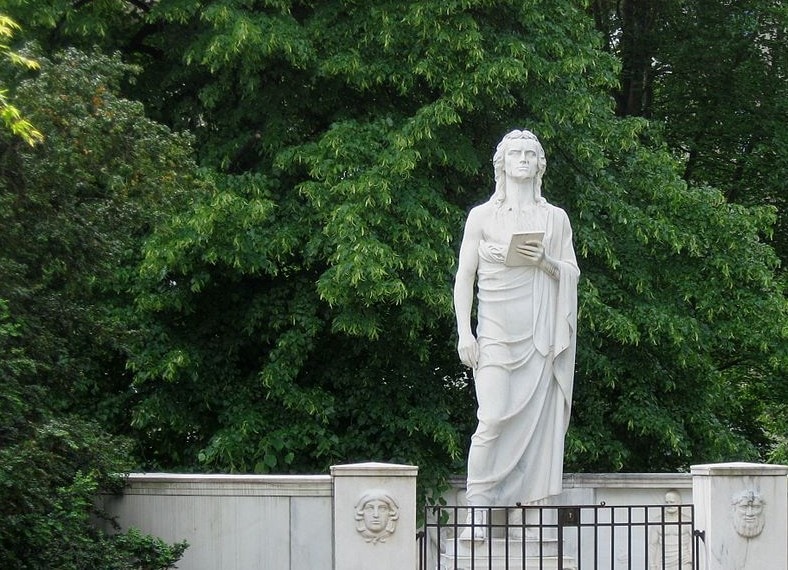 Classical, baroque, biographical, historical, political: Dresden has always been the setting for great works of literature and the home of major writers as well as playing a starring role in its own right. The information is freely available in any library, of course, but it’s so much more fun to do your research on one of the many literature-themed tours of the city. Here are six of the best.

In the exclusive residential district of Weisser Hirsch, the educated middle classes of the GDR seek refuge in nostalgia. Uwe Tellkamp’s Der Turm (The Tower) ranks as his best-known work and captures the spirit of East Germany in the years leading up to the demise of the communist regime. The tour visits the original locations, tracks down the characters on which the novel was based and ‘unlocks’ this roman à clef.

This city tour takes an in-depth look at Dresden’s literary heritage. At every stop along the way, a quote from Kafka, Kokoschka, Klemperer, Kästner (of course), Tellkamp, ​​Goethe and ETA Hoffmann, all of whom immortalised the city in their writings over the turbulent course of the centuries.

Dostoyevsky spent some time in Dresden. Like everywhere else he went, he was down on his luck, but it was also an immensely productive period. The Dichter, Denker, Literaten tour also references Fontane’s illness, Heinrich Mann’s apprenticeship, Casanova’s brother and the great European tour of James Fenimore Cooper, who is better known for his tales of frontiersmen, trappers, and the Last of the Mohicans

Kästner looms large in the literary history of the city. The ‘exhibition’ organised by the Kästner museum covers the whole district of Dresden Neustadt. It is in the format of a QR code scavenger hunt via smartphone, to be taken at your own pace and following your own individual route – a sort of ‘museum without walls’.

In Das Fliegende Klassenzimmer (The Flying Classroom), Erich Kästner tells of his school days. Als ich ein kleiner Junge war (When I Was a Little Boy) paints a broader picture of his childhood in early 20th-century Dresden. On this tour, you will find out about the great writer’s hometown, get an insight into the background behind his books and discover who the real Emil was.

“So it goes” is the recurring response to death in Kurt Vonnegut’s novel Slaughterhouse 5. This laconic utterance crops up repeatedly in the text. No wonder, because the American author writes not only about extra-terrestrials, time travel and equanimity as a philosophy of life, but above all about being a prisoner-of-war in Dresden during the devastating air raid of February 1945. The Vonnegut tour focuses on the Second World War and ends at the eponymous Erlweinscher Schlachthof – Slaughterhouse 5.

The Erich-Kästner-Viertel is an initiative of the Erich-Kästner-Museum. The visitor is sent out on a ‘journey through time’ and sees the district through the eyes of the young Kästner.
Erich Kästner Museum / Literaturhaus Villa Augustin, Antonstrasse 1, 01097 Dresden, Tel: +49 (0)351 804 50 87

Around 50 Dresden residents have got involved in the Igeltour Dresden project which provides fascinating and informative insights into the city. Their guiding principle is ‘Man sieht nur, was man weiss’ (You only see what you know); they have therefore planned out tours covering more than 50 different themes.
Löwenstrasse 11 (access via Bautzner Strasse 46b, 01099 Dresden, Tel: +49 (0)351 804 45 57