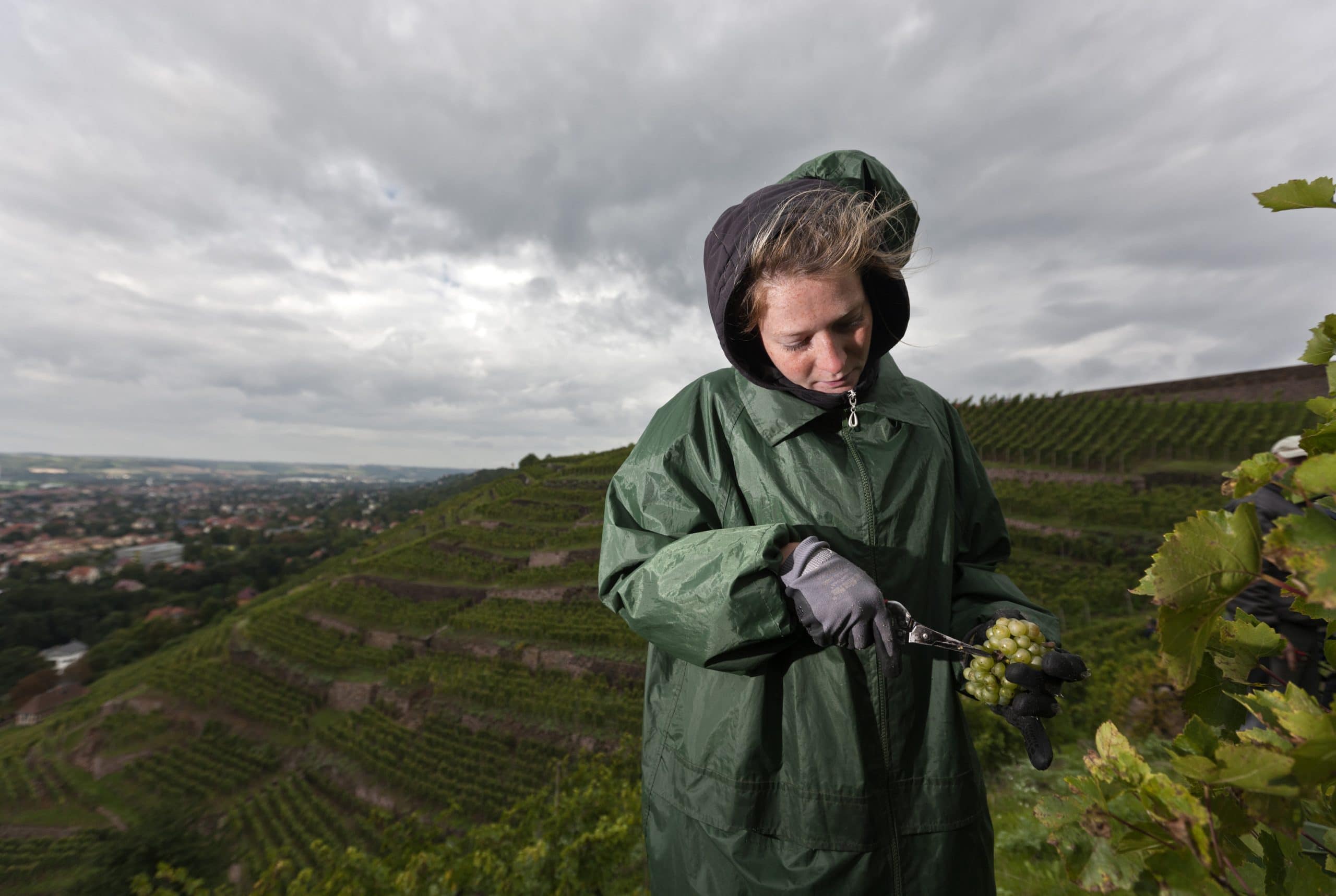 Viticulture north of the 51st line of latitude is a tricky business, but the Elbe Valley, with its partly continental climate, fertile soil and long periods of sunshine, offers the ideal conditions. Schloss Wackerbarth was voted Germany’s best sparkling wine producer this year by the trade magazine Vinum and the Verband der traditionellen klassischen Flaschengärer (literally ‘Association of Traditional Classic In-bottle Fermenters’). We extend our congratulations!

“Whether Riesling, Traminer, Burgundy, Scheurebe or Kerner, no other estate in Germany offers such a large variety of Sekt (sparkling wine) at such a high standard,” said the 13-member panel of judges. The verdict also reflects the sheer variety of vines cultivated on these south-facing slopes of the Elbe Valley.

However, the success of the estate is not solely due to the quality of its grapes. The other major factor is the elaborate processes that are followed in the production of Wackerbarth sparkling wine, of which there are quite a few.

The most valuable of these was brought to Lössnitz in 1836 by cellar master Monsieur Joseph Mouzon from Reims, namely the méthode champenoise (champagne method). In that very same year, no fewer than 37,000 bottles of sparkling wine were produced by the Actienverein zur Herstellung moussierender Weine (literally ‘Company for the Production of Effervescent Wines’). From 1899, they were marketed under the brand name ‘Bussard’.

Schloss Wackerbarth in Radebeul not only upholds the Bussard tradition but adheres strictly to the classic méthode champenoise, in which the second fermentation takes place in the bottle itself – the typically bulbous Sachsenkeule.

The first stage takes place in the cool, dark cellars with the addition of yeast to the cuvee which is then left to ferment for a couple of months. Next comes the so-called remuage: the corked bottle is rotated daily by a few degrees and gradually tilted forward in the rack so that the yeast collects in the bottleneck, from which it can now be removed – the German term is Enthefung, literally ‘de‑yeasting’. The bottle neck is frozen at a temperature of around -20°C, and the cork is eased out. The pressure drives out the yeast plug.

To the cuvée is added the dosage, a mixture of wine and sugar which gives the champagne its final taste notes and determines how dry it will be. The Latin word for ‘dry’ – siccus – is the origin of the German name for sparkling wine, Sekt.

75 estates and producers entered around 500 sparkling wines for the 2018 Deutscher Sekt Award. Schloss Wackerbarth’s 2016 Traminer and 2015 Scheurebe received awards in the Sekte mit Restsüsse (Sekt with Residual Sweetness) category, while the Cuvée Tradition brut came third in the Grosse Vielfalt (Grand Variety) class. Yet another reason to pop the corks!