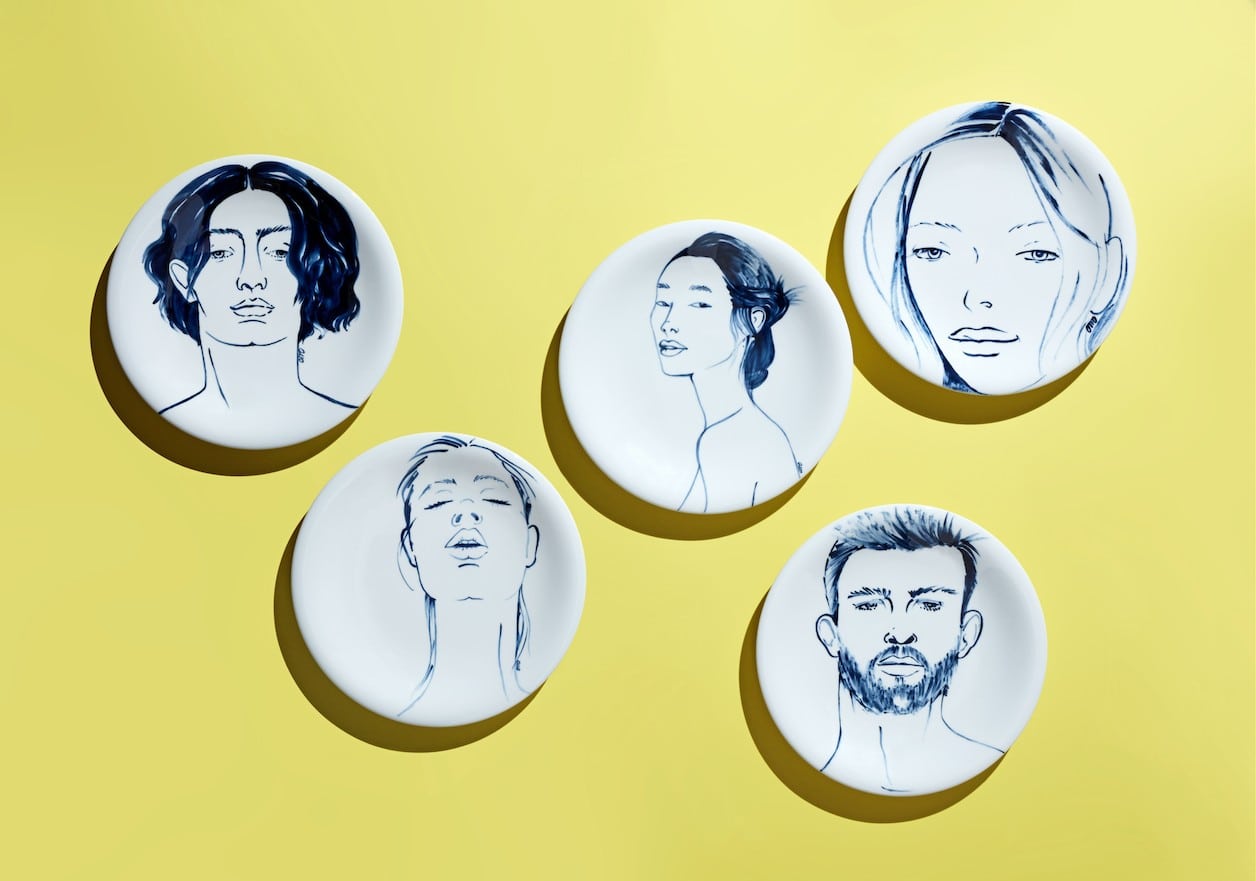 Meissen is one of the most famous porcelain brands in the world. You don’t have to be particularly conscious of tableware for the name to instantly conjure up a mental image: centuries-old patterns and a coffee service so expensive that you might prefer to leave it in the display cabinet. This tradition-steeped company is now planning to renew itself while returning to its roots.

How can a 300-year-old company rejuvenate itself without betraying its values? At the Meissen Porcelain Manufactory, they are going back to their roots. In 2017, the creative department was taken over by the Odeeh design team consisting of Otto Drögsler and Jörg Ehrlich. These two fashion designers aim to build on the acknowledged reputation of the historical brand and show it in a new light.

Drögsler and Ehrlich have been working together for some years now. In 2008, they co-founded the Odeeh fashion label which is characterised by the use of jersey fabrics and colourful patterns. At Meissen, they are now responsible for design and product orientation. They have been tasked with giving this renowned company a ‘new face’.

What this means in practice is revealed in the collection of wall plates that have been given the English name ‘Faces’. The designs come from the pen of Otto Drögsler. It is not only the draughtsmanship which comes across as unusually modern; the faces depicted are all striking for one reason or another, including the occasional piercing.

“Above all, we want to make Meissen compatible with other luxury products sold in the same context,” says Jörg Ehrlich. Odeeh intend to give the brand an overall sharper look. For example, the new collection of drinking mugs spans the entire diversity of the Meissen range: simple mugs with classic handles decorated with no fewer than 25 patterns from the company’s 300-year history. “With our coffee mugs, we want to show the amazing variety of craftsmanship practised at Meissen,” says Ehrlich.

Meissen is the birthplace of European porcelain manufacture. In 1708, Johann Friedrich Böttger became the first westerner to successfully produce white porcelain outside Asia. In 1710, the Königlich-Polnische und Kurfürstlich-Sächsische Porzellan-Manufaktur was established, with the actual production taking place in the castle of Albrechtsburg which towers over the city. It was the starting point for one of the world’s most successful and famous porcelain brands.

Even during the GDR era, top-of-the-range tableware manufactured in Meissen was in demand, but a large part of the production went abroad to earn foreign currency for the communist regime. It was not until reunification in 1990 that the company found itself struggling for survival. The Free State of Saxony took over the factory, redundancies were made and Meissen was forced to assert itself in a market that was increasingly dominated by mass production.

The arrival of the creative directors from Odeeh is a vital part of the new direction taken by the Meissen Porcelain Manufactory as it seeks out its market niche. It is not so very long ago that Meissen itself ventured into the fashion industry – an experiment that was soon abandoned.

That the fashion designers from Odeeh have now taken over the creative direction of the brand might be regarded as an irony of history. “In both areas, we develop things that are intended to delight the heart and the senses,” says Ehrlich. “That’s luxury in the truest sense of the word.” They detect a yearning in consumers young and old for craftsmanship. Meissen takes justifiable pride in training its own porcelain painters.