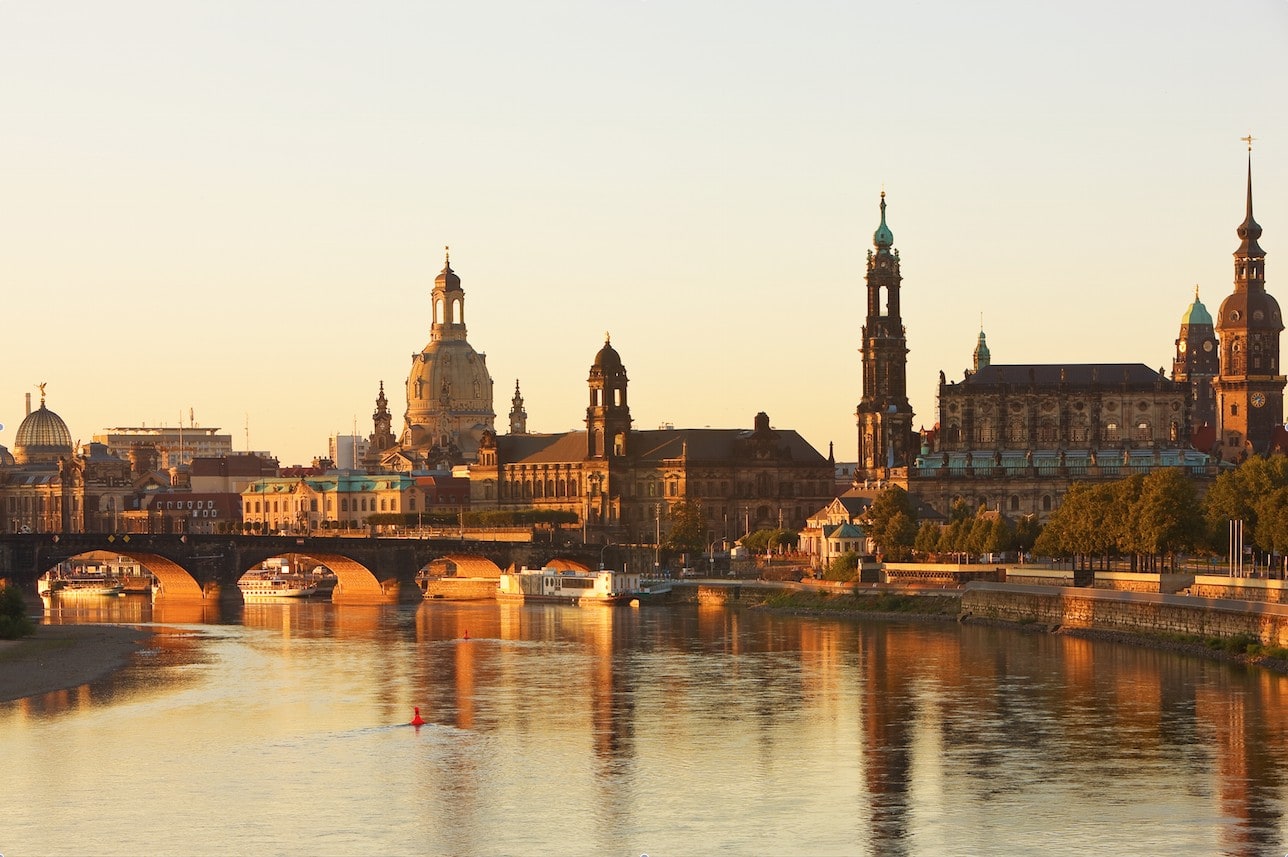 Dresden and Florence have been twin cities for 40 years. If this were a marriage, they would now be celebrating their ruby wedding. But do they also resemble each other like a long-wed couple? Dresden Magazine has asked two women who should know.

Ms Cencetti, Ms Bellini, you both grew up in Florence and have been living in Dresden for many years now. Are the two cities really as similar as the byname of ‘Florence on the Elbe’ might suggest?

Cencetti: The historic town centres with the river in the foreground and bridges crossing it are certainly very similar. Likewise, the setting in a hilly valley. I would say that, when you’re standing by the Augustus Bridge, you get a similar impression to being next to the Ponte Vecchio in Florence.

Bellini: And both are major cultural centres with important art collections. But Dresden’s architecture is dominated by Baroque features whereas Florence is characterised more by the Middle Ages and the Renaissance.

When you’re standing by the Augustus Bridge, you get a similar impression to being next to the Ponte Vecchio in Florence.

Elena Cencetti moved to Bonn in 2008. After completing her degree in German Language and Literature, she studied at the Dresden Palucca University of Dance. Since 2014 she has been working as a dance teacher in Dresden. In the film “Elb-meets-Florenz” Elena Cencetti explores the relationship of the twin cities.

How would you describe your personal relationship with your two hometowns?

Bellini: I’ve been living in Dresden since 1996, and I find life here very agreeable. But I grew up in Florence, and I still think it’s one of the most beautiful cities in the world. And then you’ve got the surrounding Chianti region. Although it has to be said that Saxon Switzerland is really beautiful too.

Cencetti: My roots are in Florence, and that’s where my family lives. But Dresden is the city in which I am able to fulfil myself professionally and where I have built my network. And I’ve never felt like a stranger here, not least because of the large Italian community.

Florence is something of a special case in Italy. It has characteristics that might be described as German.

Simona Bellini studied Law in Florence before taking a second degree in Italian Studies in Berlin. Since 1996, she has lectured in Italian at TU Dresden. She also serves on the management committee of the Italian Centre there.

And the mentality is different. The Germans claim to envy the Italians for their way of life. Are they right to do so?

Cencetti: I think that Italians tend to have a certain spontaneity that you don’t often find in this country. Germans are quite intense and don’t seem to get as much enjoyment from playful discussions.

Bellini: In Germany, people expect everything to be organised and that both the state and the city will offer a safety net and support. In Italy, people are more willing to improvise and help each other out. In this respect, Florence is a special case. Its citizens have been involved in government since the Middle Ages. Consequently, the sense of detachment from politics is not so great. Rules are complied with, so to that extent, Florence has some characteristics that might be described as German.

What can the two cities learn from each other?

Cencetti: Well, organising the filming permits in Italy was an exhausting process. In Dresden, the authorities and institutions are much more open to art projects of this kind.

Bellini: Germans are often better organised and able to plan further ahead. In Italy, there is much more improvisation. I am always surprised by the way in which something can emerge from nothing in such a short time there.

What’s the first thing you notice when you return to either city?

Bellini: For a long time, I was particularly struck by the fact that the population of Dresden was so homogenous – you almost only ever saw Germans. I thought that was a pity. I would describe my personal reality as cosmopolitan – my friends and colleagues come from everywhere. I am pleased that the picture has changed in recent years due to immigration. In Florence, many of the locals complain about the millions of tourists. But you also have to agree that these people make the city a diverse place. I like that.

15th May 2018, 6.30 pm
Keynote speech: ‘The Uffizi, focal point and catalyst of European dialogue’
Eike Schmidt is the first German to have been appointed managing director of the Uffizi Gallery in Florence. He will be talking about his experiences in the Italian museum world. During the 40th anniversary celebrations, there will be a screening of the film Elb-meets-Florenz. Together with the two media artists Franziska and Sophia Hoffmann, Elena Cencetti explores the relationship of the twin cities via the medium of dance.
Neues Rathaus, Dr.-Lülz-Ring 19