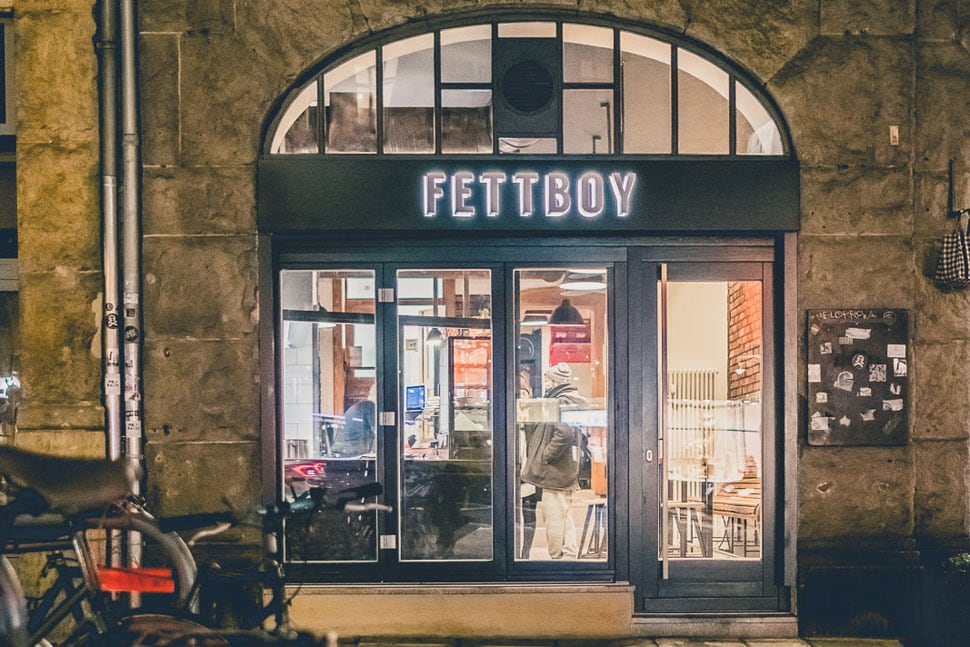 It’s not only in clothing and footwear that styles and fashions change every season; new culinary concepts are also coming to the fore and finding favour in Dresden. Here, we list nine locations where chefs and restaurateurs are breaking new ground. By Frieda Pirnbaum.

OnlyOne: Molecular hocus-pocus at the bar

First made famous by Spanish top chef Ferran Adrià at his restaurant, elBulli, molecular cuisine has long since become respectable and established itself on many menus. The ONLYONE bar on the Alaunstrasse in Dresden Neustadt caters for people who love to experiment with high-strength cocktails. The glass the bartender sets down in front of you might steam and bubble or alternatively arrive solidified as a jelly. The drinks list covers a range of 58 molecular cocktails, including the Bullshooter, which was chosen by CNN as one of the twelve most unusual cocktails in the world, plus more than a hundred classics.

The Boy and the Burger: Street food culture Saxon-style

The modern concept of ‘food on wheels’ is well established in Dresden which is home to various street food festivals and markets. But if you need a fast food fix on a more regular basis, you can rely on finding the ‘Foodtruck’ from The Boy and the Burger on the edge of Alaunpark any day of the week. Here, they serve first-class burgers made from the finest ingredients sourced from reputable suppliers in and around Dresden with fries on the side made from fresh Laura potatoes. If you like eating, relaxing and people watching, you can consume your burger in the lively Alaunpark, a green oasis in the Neustadt district of Dresden

There is no shortage of burger bars in Dresden Neustadt, but only at Fettboy will you encounter the Classic Boy, Ghetto Boy and Veggie Boy, which are just a few of the variations served in the architecturally delightful vaulted ground floor premises at the junction of Bautzner Strasse and Hoyerswerdaer Strasse. But there is more to life than burgers, and vegetarians are catered for by Fettboy’s ramen and okonomiyaki dishes, two Far Eastern delicacies from Japan. Whether burgers or Japanese, the food is lovingly crafted and made with locally sourced ingredients.

If the mention of currywurst and French fries instantly conjures up an image of the corner snack bar, then Curry & Co will come as an enlightenment. This place is staffed by passionate sausage lovers! They stay open until late in the night, serving currywurst deluxe – smoked, simmered or vegan – complete with home-made sauces and the best fries for miles around. Recently, two further outlets have opened in the city – in Dresden Neustadt and on the Schillerplatz near the Blaues Wunder bridge.

The Raskolnikoff can look back on a rich and varied history and is regarded as something of an institution in Dresden Neustadt. Number 34 Böhmische Strasse dates back to the year 1837. In its time, it has been a residential block for working class people with ground floor shops for various tradesmen, and at one stage it was converted into a dance hall. In the period before the demise of the German Democratic Republic, it housed the Kunsthaus Raskolnikow, an association of artists. There was a gallery, a school of painting, a pottery workshop and a studio for sculpture. Since the early 1990s, it has been used as a restaurant. The interior has a cosy and rustic feel, while the inner courtyard is simply enchanting on summer evenings. The owners describe the basic concept as ‘inner-city country kitchen’ – honest-to-goodness fayre lacking in pretension and with a regularly changing menu.

Falscher Hase (literally ‘false hare’) in the Hecht district of Dresden is serious about meat-free dining. In this cosy locale with its retro furniture and verdant courtyard, they serve only vegan dishes – and they do so with a passion. Soljanka, farmhouse breakfast and goulash are on the menu here, freshly prepared with seitan, tofu, soya and with attention to detail. As a feast for the eye, the walls are hung with changing exhibitions of works by regional artists. After the meal, diners generally move on to the neighbourhood bar, Heartbreak, which just so happens to be next door.

The Turtle Bay is just a stone’s throw from the Semperoper, the Residenzschloss (Royal Palace) and the Schauspielhaus theatre. This is Dresden’s culinary solution to the eternal quest for summer, sun and sea. With its multicoloured furniture, cheerful fairy lights and large bamboo lanterns, you get that holiday feeling the moment you step into the bar and restaurant. The Caribbean impressions then start to come thick and fast with the arrival of Jamaican-style chicken and/or a rainbow salad on your plate. And if the hot spices and flavours still seem underplayed, there is a selection of more than 40 different Caribbean rums, neat or as a cocktail.

Ayers Rock: A taste of the Outback in the shadow of the Frauenkirche

Incredible as it may sound, if your tastes run to exotic specialties such as kangaroo, crocodile or ostrich in a sun-baked setting, then head for the Frauenkirche on Neumarkt and turn the corner into Münzgasse. Here you will find yourself on the other side of the planet. Ayers Rock has been part of the shortest [A1] pub crawl in Dresden’s Old Town for more than ten years. It offers typical Australian cuisine and an excellent selection of flavoursome, sun-kissed Down-Under wines.

Zum Gerücht: Intimate dining in the south of Dresden

Zum Gerücht in the suburb of Laubegast prides itself on being out in the sticks. It also exudes that unique and almost untranslatable German quality of ‘Gemütlichkeit’, whether your table is in the vine-covered beer garden in the summer or in the rustically furnished restaurant during winter. For the locals in Laubegast, the pub – now into its 25th year – functions as a sort of second living room. The menu features not only hearty Saxon home cooking but also two beers brewed locally. And every Sunday, there is free live music.