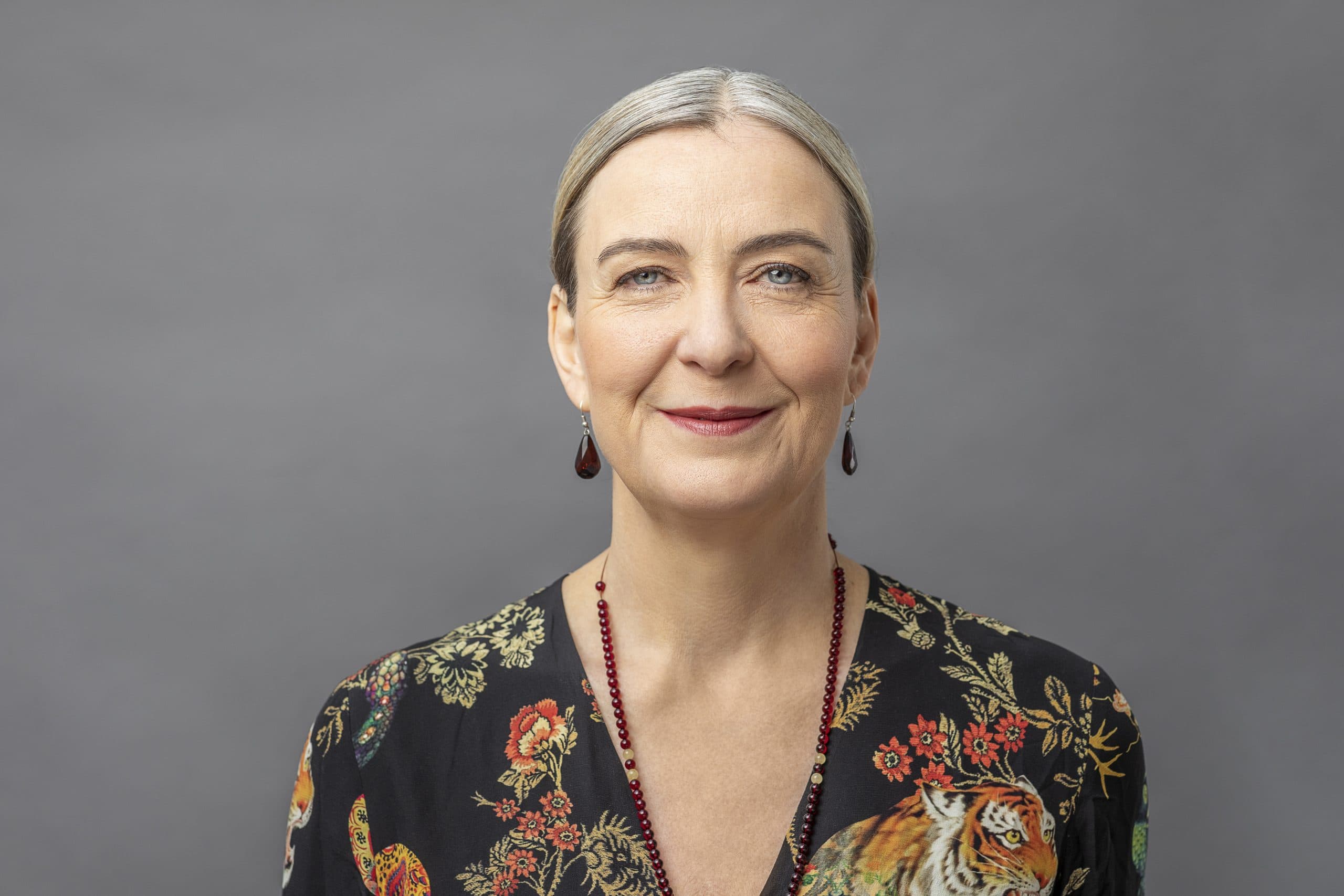 Marion Ackermann has been Director General of the Dresden State Art Collections (Staatliche Kunstsammlungen Dresden, SKD) since November 2016. She was previously Director of the Kunstmuseum Stuttgart and of the Kunstsammlung Nordrhein-Westfalen. Ackermann grew up in Ankara, where her parents worked at the university. She had known Dresden long before she took on the management of the second-largest museum and gallery group in Germany: “But it’s only since I’ve been living here that I’ve become aware of what the city has to o er in terms of natural beauty. Up to now, I only knew the surroundings of Dresden from paintings.” Here are a few of the places that have become particularly dear to her heart in recent years.

Crypt of the Frauenkirche

Everyone knows the Frauenkirche. After a history of destruction and reconstruction, it has now become a symbol of peace and reconciliation. The crypt, however, has not made much of an impression on public awareness. And yet, there were even plans at one stage to leave the church itself unbuilt and to only use the crypt. I am particularly fascinated by Anish Kapoor’s incredible altar stone, this monolith of black Irish limestone. When you look into the funnel in the middle, you have the feeling of staring into the abyss, into infinity. An impressive work with a great intensity.

Municipal Library in the Kulturpalast

The fact that the Kulturpalast (Palace of Culture) still holds its ground among the famous Baroque buildings of Dresden is a statement that this is a city that does not deny its past. And that it has been chosen as the location for the city’s main library is a statement of intent. The municipal library was opened only recently, and from an architectural perspective, it is a fantastic space. The labyrinthine layout gives the impression that the number of rooms and of books is endless. You don’t even have to borrow them and carry them home. My tip for a rainy Saturday afternoon is a visit to the new central library where you can lounge around on the comfortable seating, enjoy what the place has to o er, thumb through printed material, watch a video or listen to an audiobook. Indeed, you can even try out musical instruments. It is a profoundly democratic place that is open to everyone, with or without a membership card.

As far as reconstruction is concerned, the Japanisches Palais seems to undermine Dresden’s claim to perfection. It is still a ruin, a romantic, unfinished place – but in a fantastic setting with a double Canaletto-style panoramic view at the point where Altstadt meets Neustadt. I like sitting there during the Palais Sommer season, having a drink and listening to a concert.

A pleasant 11km walk around the reservoir starts at the impressive dam designed by the expressionist architect Hans Poelzig and built between 1908 and 1914 by a work- force of more than 5,000 labourers. However, a trip to the reservoir isn’t on every tourist’s must-see list. The walk takes you through a leafy forest with the clear water constantly in view. You are mostly alone with yourself and the beauty of nature. Ever since I found out that sixty percent of Dresden’s drinking water comes from this reservoir, I’ve happily only drunk tap water.

I actually prefer real flowers, but what Heide and Gerald Steyer create in Wallroda isn’t artificial flowers but high art. Heide Steyer’s flowers are overwhelming visual impressions. They are bought by some of the world’s biggest fashion houses, for example Valentino, Chanel and Dior, so you will see them on the cover of Vogue magazine several times a year. At the same time, they demonstrate the fragile nature of life – that intermediate state between blossoming and withering. The variety of colours, the subtlety in the gradation is just as incredible as the huge storerooms with metre-long shelves full of metal die-cutters for every conceivable shape of leaf and flower.