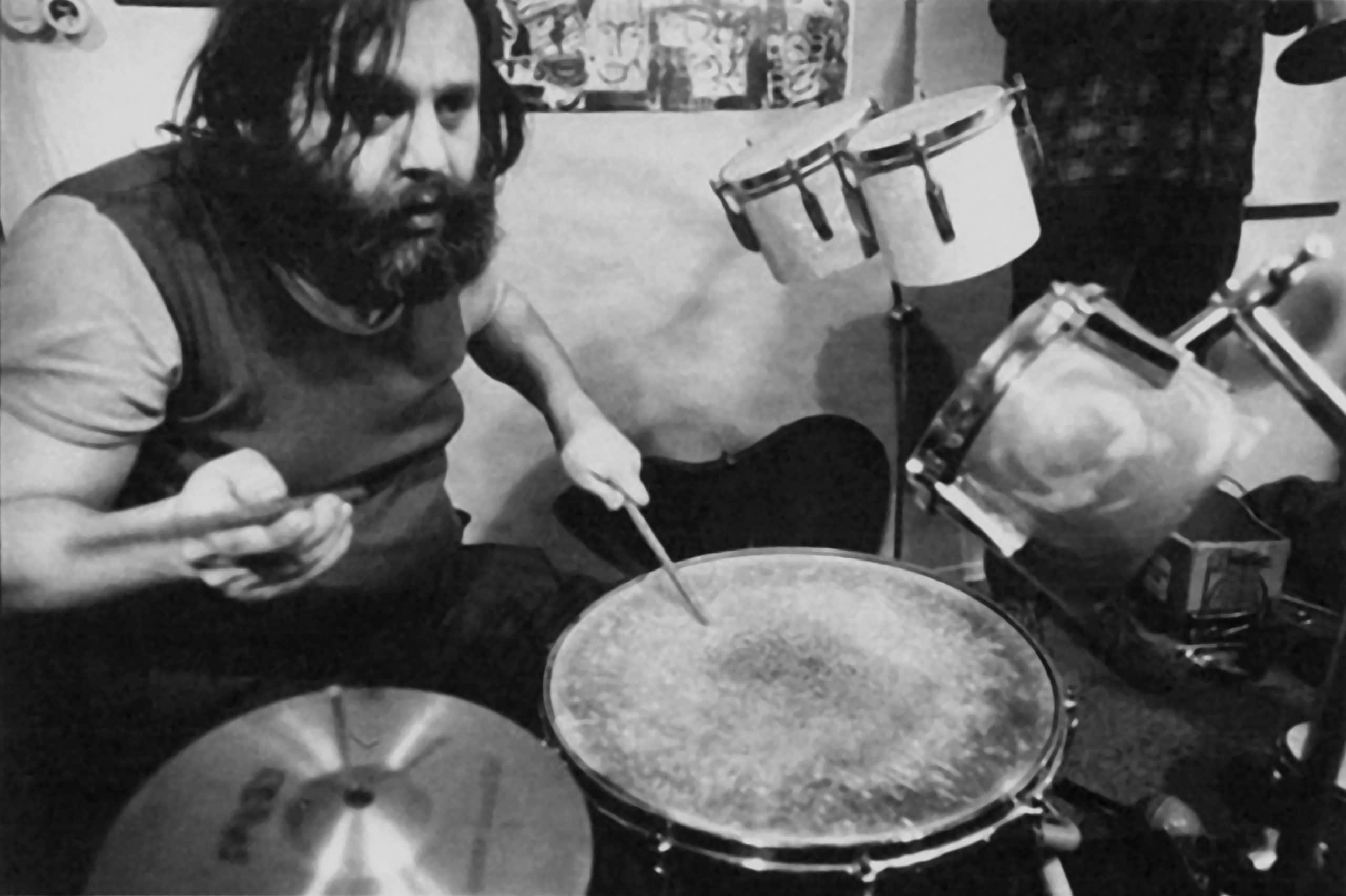 In the GDR, the artist A. R. Penck was first ignored, then persecuted and eventually kicked out of the country. In 2019, he would have been 80 years old. Now his former home town of Dresden is honouring him with a major retrospective

Three years after the fall of the Berlin Wall, that bête noire of the Stasi, A. R. Penck returned to the East, bearded and wearing a floppy hat and crumpled jeans, a striped T-shirt stretched over his mighty girth. It was his first solo exhibition in Dresden, the city where he had lived until he was stripped of his citizenship in 1980 and deported to the West.

The relationship with his native city was always complicated. They never allowed him to be an artist there, and he was forced to exhibit his paintings in secret. With his exhibition in 1992, he returned “not as the all-conquering hero, but equally not as a prodigal son”. At least, that’s what the artist wrote in the catalogue preface. The title he gave to the exhibition was ‘Analysis of a Situation’. By which he meant his own situation at that time. He deliberately chose not to exhibit the works from the 1960s and 1970s which got him into such trouble in the GDR – and which made his reputation in the West.

Instead, he showed unknown works which he had created during the previous twelve months. “Good for him,” said Werner Schmidt, who had become Director General of the Dresden State Art Collections in 1989. Because by doing so, Penck was expressing confidence in himself as an artist without the need to define himself exclusively as a dissident.

Penck, whose real name was Ralf Winkler, always wanted to be an artist. He dropped out of secondary school, preferring to attend drawing classes given by Jürgen Böttcher, a painter and filmmaker who was only eight years his senior. There he met the ‘three Peters’. Together with Peter Makolies, Peter Graf and Peter Herrmann, he founded the Dresden-based group of artists ‘Erste Phalanx Nedserd’ – and he did this at the preco­cious age of 14. They saw themselves as continuing the militant tradition of the Phalanx, a group founded in 1901 by Wassily Kandinsky. ‘Nedserd’ is Dresden, spelled backwards.

They were interested in classical modernism, revered Picasso and rebelled against Socialist Realism as endorsed by the state. The Verband der Bildenden Künstler (GDR Association of Visual Artists) spurned them, and they also failed to gain admission to the Academy of Fine Arts. Instead, they found employment as factory workers or tradesmen. After completing an apprenticeship as a commercial artist in 1955/56, Penck went on to work as a stoker, amateur actor, roofer, night watchman and postman. He first began signing his works as A. R. Penck in 1968, a sort of homage to the Ice Age researcher and geologist Albrecht Penck (1858–1945). The name might also have appealed to him because it sounds a bit like the explosive ‘Peng!’ in German comic magazines. The ‘R’ stands for Ralf, his own first name.

Penck was already a star in the West long before his expatriation. The ‘Alter Wilder’ (enfant terrible) of the GDR is considered to be the father of the ‘Neue Wilde’ (Wild Style or New Image Painting) that rose to prominence in West Germany in the early 1980s. Back in 1968, Penck came up with the concept of the ‘Standart-Bild’ (i.e. ‘standard picture’) which has typified his work ever since. The term refers to the recurrence of symbols and abbreviations. “Every Standart-Bild is capable of being reimagined and reproduced to become the property of each individual”­­, he wrote in 1970.

They were busy images brimming with content and having an archaic quality, populated with faceless stick figures and snarling dogs, a cross between cave painting and pop art in which suns, crucifixes, skulls and spears appear to be flying around. These abbreviations could indeed be read as symbols of his existential struggle in the GDR.

But above all, his pictures touched the emotions. They had a spontaneous feel, testifying to sexuality, fears and emotions. Many would like to see in them an emotional counterpoint to the overly intellectual Western art of the 1970s.

Penck Hotel Dresden:Over 700 original works by the Artist A.R. Penck can be admired at different locations throughout the hotel, including the more than 6-metre-tall Standart T(x) bronze sculpture on the roof.

“We have to think of Penck in wider terms,” says Mathias Wagner, one of the curators of the retrospective ‘Ich aber komme aus Dresden (check it out man, check it out)’. “He was much more than just the dissident. His oeuvre is far too varied for that. He was a dissenter who upset the authorities, an artistic outsider in the East.”

The exhibition is dedicated to the unknown Penck. Many of these works have never been exhibited in Dresden. In addition to paint­ings and sculptures, the focus is on the artist’s publications and sketchbooks. His varied activities as a musician are presented, as well as some of his Super 8 films. “The books, films and music were considered rather as marginal phenomena,” adds co-curator Pirkko Rathgeber. “They allow us to recognise the complexity of a work that transcends genre and media boundaries in the same way that art is distinct from science.”

Penck’s time in Dresden will now also play a central role for the first time.