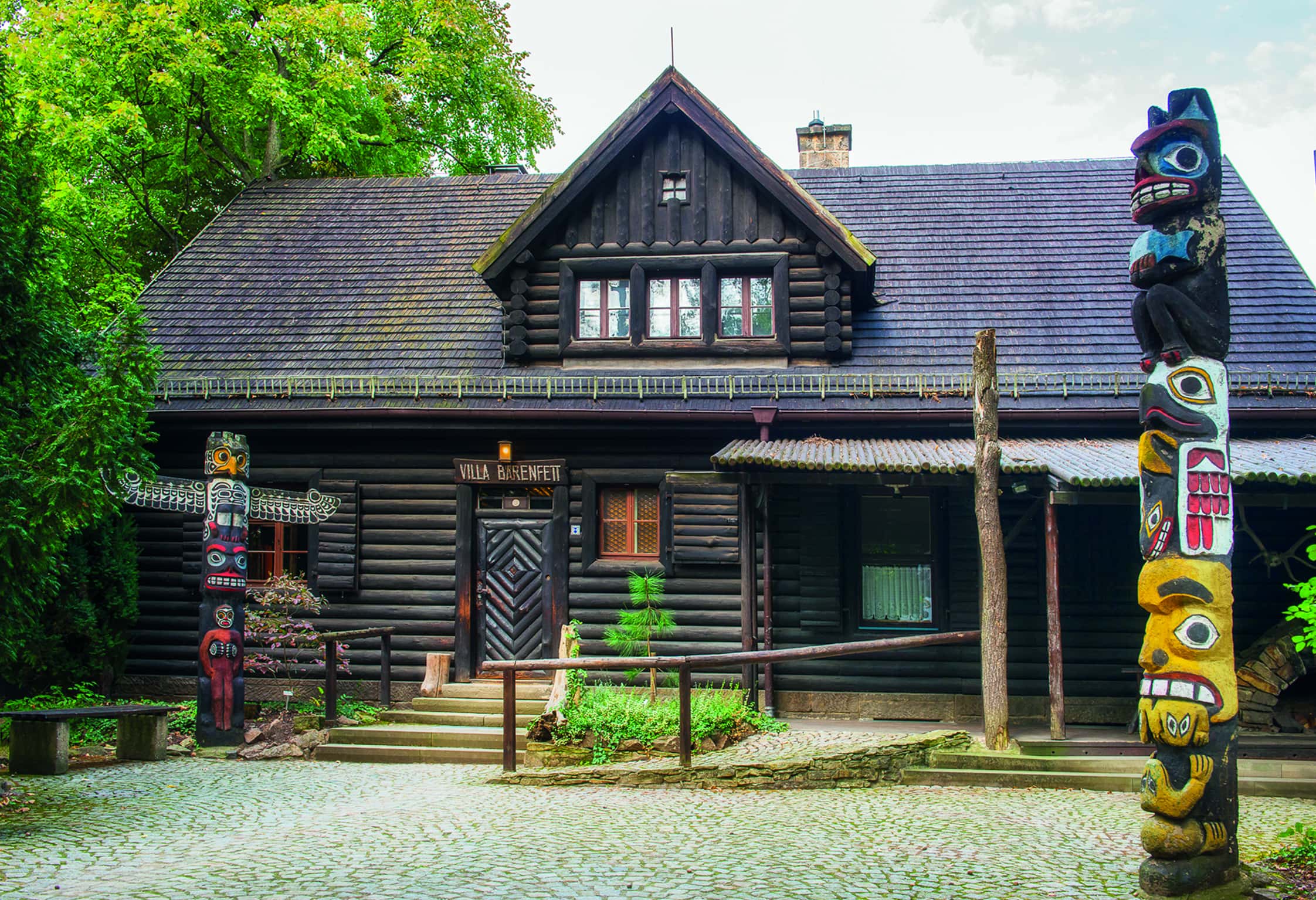 Karl May is probably the best-known writer that Saxony has ever produced. He was fascinated by foreign lands, and he ranks as one of the first pop stars of literature. A museum in Radebeul offers multifaceted insights into the author, his work – and the truth behind the fiction. The Karl May Museum has just turned 90 years old.

Karl May fans are familiar with the photos of the author posing in Wild West and Bedouin costumes. The inventor of Winnetou virtually becomes one with his characters. May thrilled his contemporary readership with such affected authenticity, because real experiences and unfiltered impressions were just as popular in the 19th century as they are today.

Karl May’s adventure stories were, however, totally fictional. When he started writing, there was only one place he knew at all well, and that was Radebeul, the town where he lived.

Karl May’s route to literary fame was circuitous. The first career he aspired to was actually teaching, but then he came into conflict with the law: the lost pocket watch of his room-mate was found in May’s jacket. He was no longer allowed to practise his chosen profession of teacher. So he turned to theft and fraud to earn his living, for which he served no fewer than eight years behind bars.

This strangely worked to his ultimate advantage, as May compensated for the isolation of prison by reading vast quantities of books about the outside world, lexicons and travelogues. Upon his release, he found employment with a newspaper and managed to get his first stories published, all based on his second-hand knowledge of the world.

He had never set foot in America. “I’m really Old Shatterhand or Kara Ben Nemsi,” he said nonetheless, “and I have witnessed the events that I am describing to you.” So was he an impostor? It may be more accurate to describe him as a gifted self-publicist and imaginative storyteller.

He lived at Villa Shatterhand in Radebeul. In the grounds is also the log cabin which he named Villa Bärenfett. These two buildings are the repository of his estate. In 1928, they were officially opened as the Karl May Museum, the curators of which have never had any such worries about authenticity: Villa Bärenfett and the Museum Park are dedicated to the Wild West, featuring both the myths and the reality of the indigenous peoples of America. A comprehensive ethnographic collection shows the lives of Native Americans then and now.

In addition, May’s study and reception room are preserved and are open to the public, forming part of the permanent exhibition about the life and work of the author. This includes May’s private library and his all-important rifles: ‘Silberbüchse’ (Silver Shotgun), ‘Bärentöter’ (Bear Killer) and ‘Henrystutzen’ (Henry Carbine). These were indispensable to his heroes, Winnetou and Old Shatterhand, and to the author himself as photographic props. Because of his criminal record, however, the adventure writer was not allowed to own ammunition, which he probably would not have wanted to anyway, because he became an ardent supporter of the then embryonic peace movement in Germany.

From 1899 onwards, May began travelling around the world in earnest, first to the Orient, then to the USA. Anti-colonial sentiments are apparent in his later work, and he began to touch on ethical issues, incorporating Christian and spiritual motifs.

In March 1912, shortly before his death, he delivered his final speech to an audience of 3,000 in Vienna. The title was Empor ins Reich der Edelmenschen (Aloft into the Realm of the Noble). Listening to the speech was Nobel Peace Prize winner Bertha von Suttner, with whom he had corresponded over many years. In her obituary for May, she wrote: “The fire of kindness blazes in this soul.”