The music of Anna-Lucia Rupp and Fama M’Boup can be described as elegant Art-Pop. © Olicía

The Semperoper and Dresden’s classical music heritage have shaped the image of the city. But the Dresden sound is more diverse. In our series "The sound of Dresden", dresdner musicians chat about why saxony's capital is more. In conversation today: Olicía.

Olicía, that’s Anna-Lucia Rupp and Fama M’Boup. Their music can be described as elegant art pop – or, as they say it, as electronic handcrafted loop jazz.

Anna-Lucia and Fama are trained jazz singers. They have been making music together since 2017. They composed, arranged, recorded and produced their EP, released in 2018, entirely themselves. They are currently working on their first album, which should be released this fall.

We like it when we’re not sure what is going to happen next and the music emerges from the moment.

What is important to you in your music?

We need to be attuned to each other and to have fun together on the stage or in the rehearsal room. We also need a bit of a creative boost so that our music stays fresh and always sounds a bit different from the time before. We like it when we’re not sure what is going to happen next and the music emerges from the moment. Then we enjoy the magic of creating a completely new song that even we have never heard before.

Why is Dresden a good place for musicians? What elements are perhaps still missing?

Dresden has many great musicians and opportunities to perform in beautiful venues. There is also the opportunity to rehearse in jam sessions and to make valuable contacts. We would like to see more crossover, alternative clubs that don’t restrict themselves to playing only jazz, rock or pop. 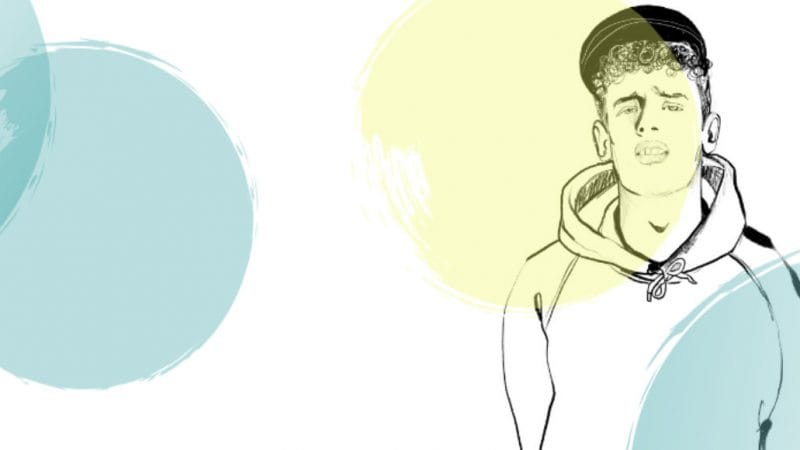 The Semperoper have shaped the image of the city. But the Dresden sound is more diverse. We have interviewed the Dresden newcomers.

Which area in Dresden has influenced you the most?

The College of Music at Wettiner Platz – that’s where we got to know each other. It’s where Olicía came into being, and the musical inspiration we derived from our studies flows directly into our compositions. Annas living room in Neustadt is a place to hang out, recharge your batteries and come up with new ideas.

Can Dresden be heard in your music?

Maybe the influence of our college background. We speak the same language to some extent, because we all have the same vocal training. And if you listen really carefully, you might hear the occasional squeal of a tram at Bahnhof Mitte, which is the location of the studio where we recorded our songs. Also, the diversity of Dresden Neustadt and the musical scene here provided inspiration for our defining sound and our lyrics.

We are releasing our first album in autumn 2020, which is a really major project for us. In addition, we will be performing in some great cities and at major festivals. We’ll also continue working on our vision for Olicía – no boundaries, lots of coffee and good food!