The locals are proud of their association with the visual arts, and perhaps even more so of their devotion to theatre and music. Peter Ufer reveals certain aspects of Dresden that will never change. ‘Florence on the Elbe’ presents everything representative. And, of course, that won’t be changing any time soon.

Aveil of mist billows dizzyingly upstream – a frequent sight in the morning, when foggy dew descends on the Elbe valley. Unperturbed, the rocky outcrops on the hillsides above dream of times past, while the people below speculate on what is to come: they fence in their properties with an eye to the future. Cherubs and fauns adorn the vine- and ivy-clad villas which go by such fanciful names as ‘Abendstern’ and ‘Alpenrose’, ‘Frohsinn’ and ‘Friedenseckchen’. Elbowing their way in between sites of nostalgia are new glass tower blocks with a view but without a name. The destruction caused by the air raid of February 1945 and the 70 years spent on reconstruction are not forgotten. Time is a great thief of beauty, but not here, thank you very much. Please stay as pleasing as you are.

Paddle steamers scoop the waters of the river aside, cruising past the historic city centre with its skyline of Frauenkirche and baroque leftovers of Augustus the Strong, the prince-elector who wanted to turn his royal residence into the dream capital of a future empire. The precious collections of the Wettin line are stored and displayed in the Zwinger and in the Residenzschloss, Saxony’s answer to the Louvre. They rank alongside the world’s best repositories of art. After all, the Old Masters Picture Gallery is home to Raphael’s Sistine Madonna with its wistful angels, a work on a grander scale than da Vinci’s Mona Lisa which can only be admired in eeting glimpses through hordes of camera-toting tourists.

The clocks keep chiming, but here with a resonant soundboard

‘Florence on the Elbe’ has the lot, from Canaletto to Dresden-born Gerhard Richter, that most expensive of contemporary German artists. The locals are proud of their association with the visual arts, and perhaps even more so of their devotion to theatre and music: the Semperoper, music festivals (including Jazztage and the Dixieland), world-famous singers, the Staatskapelle and Philharmonie orchestras, the most authors per bookstore in Germany as well as the highest number of piano tuners per household. The clocks keep chiming, but here with a resonant soundboard. Please stay as pleasing as you are. 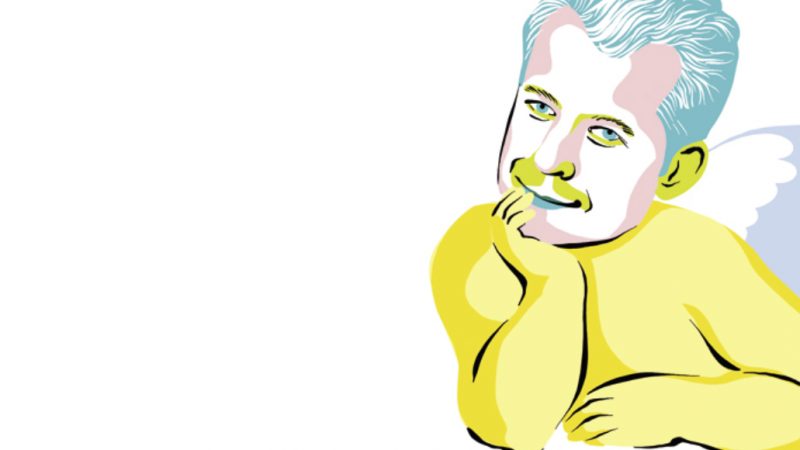 Do you think Dresdners grumble so much because they’re in a bad mood all day long? The people of Dresden are just very sincere. Don’t you think

Thousands of students from every continent throng the campus of the excellent Technical University in the south of the city overlooking the Elbe valley. Scientific innovation is part of Dresden’s DNA. Pioneering (and pro table) research has always gone on here, from the birth of European porcelain to the invention of the 35mm camera, from the original idea behind the television tube to solar film, and from treatment of Parkinson’s to a cure for leukaemia. Digital networking grows stronger with time. Long may it continue.

The left and right banks of the river are home to the Saxons with their unutterably ne dialect. Big-hearted people tucking in to fresh rolls and Eierschecke, Stollen at Christmas, and cheering on their local football club, Dynamo Dresden. The proclamation on the team bus, in gold letters on black, is “The Legends from Florence on Elbe”. That sounds to me like First Division talk, and I’m sure they’ll make it one day. The Dresdeners meanwhile babble on about the godless and the world. From time to time they swim against the tide. And, of course, that won’t be changing any time soon.

Dr. Peter Ufer is Dresden born and bred. He writes about the history, mentality, culture and the language of the Saxons. In addition to “Dresden für Liebhaber” (Dresden for Lovers) he has written “Rund um Dresden für Liebhaber: 99 Orte. überraschend. anders.” (Around Dresden for Lovers: 99 Places, Surprisingly Different) and “Deutschland, Deine Sachsen – eine respektlose Liebeserklärung” (Germany, Your Saxons: A Disre- spectful Declaration of Love).