After seven years of renovation, much has changed in the Gemäldegalerie Alte Meister. The paintings now hang alongside the Dresden Sculpture Collection, the Semper Gallery has a new layout, and the Old Masters can be seen in a completely new light.

Everyone is a little bit animated: the schoolchildren who are just being handed their tickets by the class teacher; the man at the ticket office whose job it is to explain in English where The Chocolate Girl can be found; Dresden Instagram starlet Adrienne Koleszar, who is daintily ascending Semper’s marble staircase in 12-centimetre high heels seeking out the most striking background for a selfie, while her more practical boots temporarily dangle from a companion’s hand. One might almost think that the visitors to the Old Masters Picture Gallery were as fascinating as the Old Masters themselves.

Which way to the Sistine Madonna?

“Is that her over there?” an elegant woman in her mid-fifties asks the attendants. She doesn’t have to be more specific: entering the gallery under an inscription that reads ‘Willkommen im Heiligtum der Kunst’ (Welcome to the Shrine of Art), the vast majority of visitors head straight for Raphael’s Sistine Madonna. However, art lovers who know the Gemäldegalerie from the time before it was renovated will quite probably set off in the wrong direction. King Friedrich August II of Saxony commissioned the architect Johann Gottfried Semper with the construction of a gallery building at the Zwinger in 1847. The Sistine Madonna and other Early, High and Late Italian Renaissance works were hung in the West wing of the gallery, the Dutch and Old German Masters in the East. This arrangement resumed in 1955 when, after ten years in Moscow, the Dresden collection was returned to the building which had since been restored following extensive damage in the war. 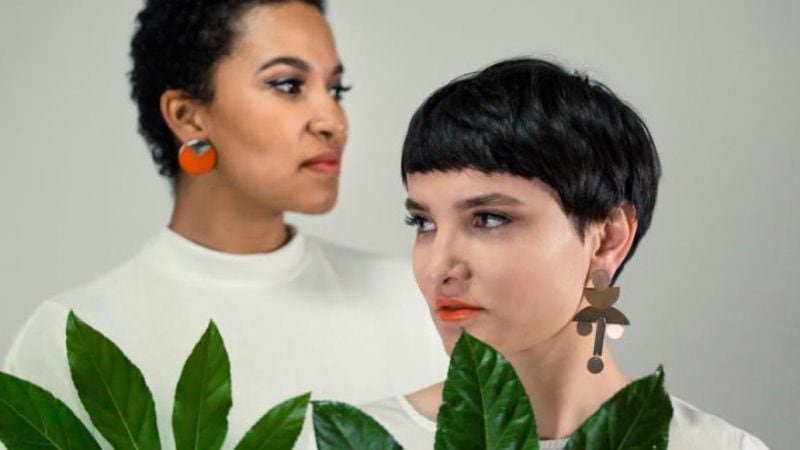 Olicía: “The music emerges from the moment”

The Semperoper and Dresden’s classical music heritage have shaped the image of the city. But the Dresden sound is more diverse.

However, in the course of the most recent renovation work, the main items for an interim exhibition migrated to the East. Roland Enke, Curator and Acting Director of the Old Masters Picture Gallery, explains what happened next: “Because an altarpiece is always located in the choir or apse at the east end of a church, the Sistine Madonna with its elaborate frame construction was left in situ in the East wing.” The classic terracotta-coloured wall covering, which Semper originally chose to complement the Italian artworks, once again forms the background for the paintings. The Dutch masters from Rembrandt to Vermeer are meanwhile surrounded by verdigris green.

The new setting literally shows the Madonnas of Lorenzo di Credi, Correggio, Lorenzo Lotto, Garofalo, Giulio Romano, Andrea Mantegna and Palma il Veccio in a new light. For a long time, the natural daylight that now floods the rooms and softly illuminates the paintings was notable by its absence. Semper punctuated the famous neo-Renaissance façade with high round-arched windows and incorporated skylights in the large galleries on the first floor and for the Cabinets on the second, for the simple reason that electric light bulbs had not yet been invented in the mid-19th century.

Lighting concept and air conditioning: a challenge for the building management team

But the skylights were never without problems: the sun would dazzle and overheat the rooms in summer, while in winter the glass would collect condensation. One of the objectives set by the state agency Sächsisches Immobilien- und Baumanagement for the renovation was therefore to install modern air conditioning and to fit a special type of glazing: a micro louvre of lattice slats between two layers of glass deflects the direct sunlight coming from the south while allowing the indirect light from the north to pass through unhindered. Stephan Koja, Director of the Picture Gallery and Sculpture Collection, came up with a second highly effective idea: the window blinds are closed upwards instead of downwards. “This means that the light shines in from above onto the floor and not onto the paintings,” he explains.

It is not only the art but also the layout of the whole building that is now more apparent to the eye. On the upper floor, an unobstructed view extends for the full 120 metres of the wing. The new staircase leading from the vestibule on the ground floor into the Antikenhalle (Hall of Antiquities) forms a pair with Semper’s original staircase in the West wing and blends in as if it had always been there.

Sculptures and paintings: a juxtaposition that opens up new perspectives

The newly integrated Skulpturensammlung bis 1800 (Sculpture Collection up to 1800) has become an organic part of the gallery. Especially as the sculptures have been placed wherever they complement the paintings, thereby giving a new perspective on even the most familiar of the Old Masters. “We know, for example, that Rembrandt owned some busts by Hendrik de Keyser,” says Koja. “The SKD [Staatliche Kunstsammlungen Dresden] owns the Head of a Boy by de Keyser, which must have served Rembrandt as a model for his Ganymede. Both are now on display directly adjacent to each other in the West wing, where they form the main attraction, just as the Sistine Madonna does in the East.”

Study the Schokoladenmädchen (Chocolate Girl) while sipping a cocoa

Jean-Étienne Liotards Schokoladenmädchen (The Chocolate Girl) in the Pastel Cabinet, has also found a fitting counterpart: the Deutscher Saal (German Room), which formerly housed the works of Holbein the Younger and Albrecht Dürer, has been converted for use as the gallery café. With huge windows overlooking the Zwinger courtyard – and of course with hot chocolate on the menu!

Because of the current COVID-19 situation, the Gemäldegalerie Alte Meister is closed until 19th April.