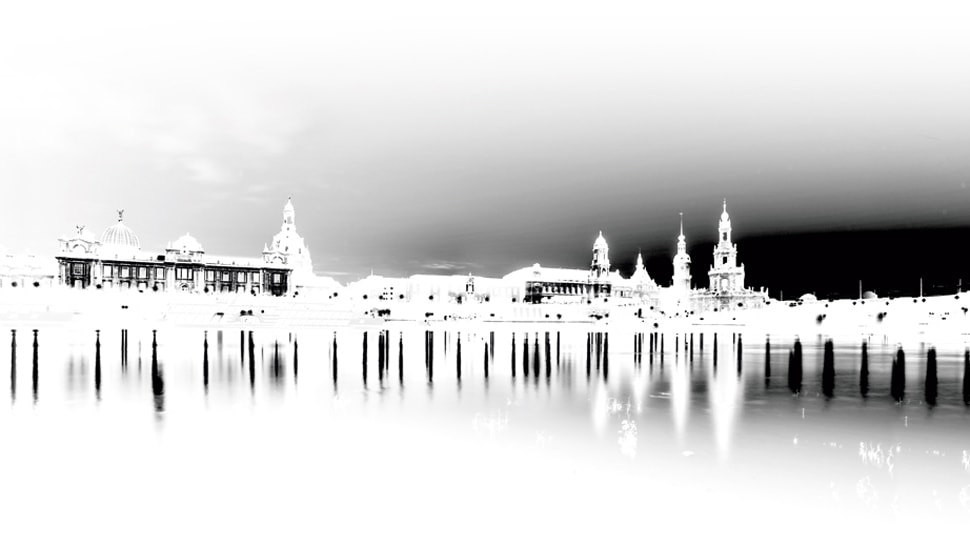 Peter Richter really doesn’t like having to explain his native city to outsiders. But he’s now done so – and made a thorough job of it. In ‘Dresden Revisited’, Peter Richter writes about the special sensitivities of his native city. A critique by Siiri Klose

On the one hand … and on the other

Dresden does not only suffer from xenophobia against itself, it also has someone who can write about that very dilemma – a certain Peter Richter. The journalist and author left the city of his birth 25 years ago to go to university. But as he puts it himself: “In the rear-view mirror, you see things in close-up” and “It’s my considered opinion that you remain a Dresdener even when you’ve left the place, not least because you are constantly required to serve as an apologist for it.”

In writing his autobiographical novel – ‘89/90’ – about the period immediately before and after the demise of the GDR, Richter delivered a lucid commentary on the people who live in this part of the Elbe valley. In a subsequent volume of essays, ‘Dresden Revisited’, he once again asks the right questions – or elicits them from others. For example from Tom Hanks who wanted to know what it was like growing up in the ‘Valley of the Clueless’, a far-off land behind the Iron Curtain. As exemplars of this mystical place, Richter cites the villas of Blasewitz and Loschwitz with their charmingly overgrown gardens and their vibrant social mix – which have since been transformed into respectable family homes amidst carefully manicured gardens. But sentimentality doesn’t enter into it.

“Could it be that this city is one big shape-shifting hologram?” he asks, finding innumerable examples of “on the one hand this, on the other hand that”, which suggest a Dresden mentality that veers between cosmopolitanism and narrow-minded stubbornness, between the Protestant work ethic and the Catholic way of holding court, between the Reform movement of the early twentieth century and its more radical offshoots, between the sort of social democracy preached by August Bebel and the particularly virulent anti-Semitism that reared its head in the interwar period, between Romanticism and New Objectivity (and the first exhibition venue for degenerate art).Could it be that this city is one big shape-shifting hologram?Peter Richter

All of this is reflected by Peter Richter in his rear-view mirror from New York, where he works as a correspondent for the Süddeutsche Zeitung. He also uses the final chapters of this slim yet immensely dense volume to look at immigration policy in the USA and draws a comparison that is no longer focused exclusively on Dresden but on Germany as a whole: “Who knows, maybe it would work out a lot better if a more pragmatic approach were taken, with less in the way of autoaggressive apocalyptic pronouncements and half-baked attempts to educate the populace.” And he has a special message for the Dresdeners: “The image of a city can be turned around.” Let’s see what they will make of themselves, the Dresdeners.

Peter Richter’s essay ‘Von einer Heimat, die einen nicht fortlässt’ (Of a homeland that never lets you go) is a follow-up to his ‘Dresdner Rede’, the text of a speech he was invited to deliver at the Dresden Schauspielhaus theatre in 2016. Published by Luchterhand Literaturverlag, 2016, 160 pages, €18.