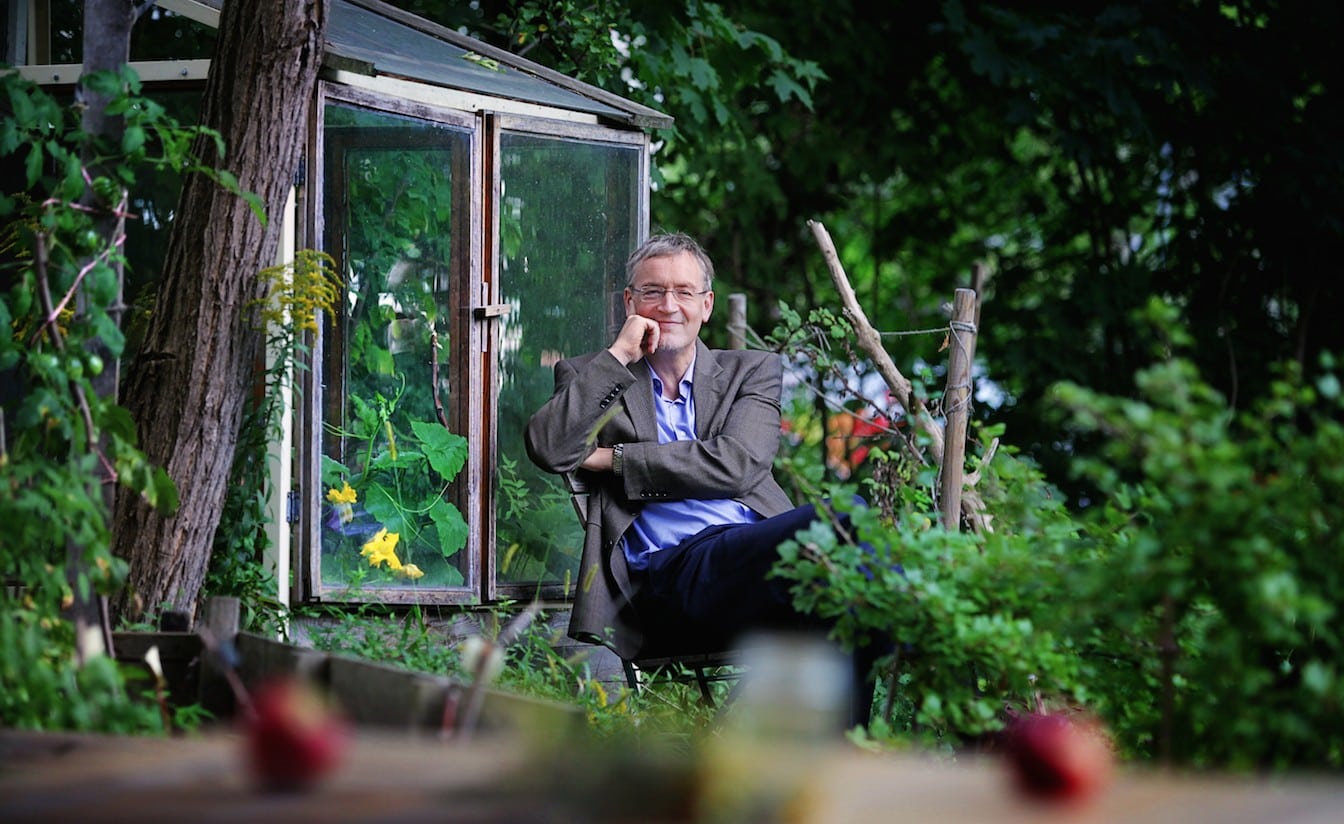 Facts speak an unambiguous language. If we are to change the world, we need more science and more spirituality, says Stefan Brunnhuber. So why don’t we do that? A conversation with the Dresden economist, psychiatrist and author

Dresden Magazine: Professor Brunnhuber, let us assume that there is such a thing as social progress. What is the way forward, as you see it?

Stefan Brunnhuber: The way forward is always where you see openings. The way forward leads us into areas that are as yet imperfect; it represents uncharted territory. But we can use our critical faculties to map it out. The scientific community plays an important role here.

Dresden Magazine: Using their critical faculties, scientists have produced the evidence to show that we are consuming the resources of our planet at an ever-faster rate. Does human nature limit our ability to recognise the scope of the problem and to respond appropriately?

Brunnhuber: Yes, but there can be no transformation to a sustainable society if we do not take the findings and insights of psychology and life sciences more seriously.

Dresden Magazine: So would you say that the scientific facts alone are not sufficient for us to avert a frightening future scenario?

Brunnhuber: Human decisions and changes of direction have never really taken place on the basis of facts. Look at the figures for absolute poverty, climate change and loss of biodiversity, urban sprawl and the gap between the highest and lowest earners. We have incontrovertible facts. But many people are not interested in facts. Instead, they are interested in ‘frames’.

Dresden Magazine: What are frames?

Brunnhuber: Frames are the mental models we use to interpret reality. When we see things through a frame, we can choose to take facts into account or to ignore them, because the perspective it gives us is stronger than the facts. If you are a climate change denier and your frame tells you that it’s one huge lie, then even the best-founded studies on climate change will not change your mind.

Dresden Magazine: Why is that?

Brunnhuber: This is because it is more important to us to maintain our identity than to accept scientific evidence. Statistics alone are not enough to persuade us to change our behaviour. By contrast, a frame that shapes our interpretation of reality operates on a semantic, physical and emotional level all at the same time. This can be a concept such as ‘climate change’, which incidentally is not suitable for changing human behaviour. It is more likely to trigger the response: “I’ll buy myself a T-shirt because it’s getting warm.” It is the job of the life sciences to point this out. The mind is unstable and regularly makes mistakes. We dissociate constantly, so that the reality in the outer world somehow matches the reality of our inner world, and we tell ourselves narratives that come closer to our own interpretations, because reality has become too complex for us to process.

Dresden is different, but the locals don’t feel the urge to constanty tell everyone else.

Dresden Magazine: This degree of complexity is intimidating. What techniques will help us deal with fear in the future?

Brunnhuber: As I see it, there are two main instruments we can use: science and spirituality. Science still provides a relatively high dose of coherence and robustness. Political decisions in matters of financial policy, for example, cannot be made without empirical data. The second great area that can promote a change in our awareness is spiritual practice. It compels the individual to look at him or herself and ask the question: What is really important? Yoga, Zen, mindfulness, meditation and fasting show that all people have the potential for sustainable behavioural changes within themselves.

Brunnhuber: You can see it already. Many people are beginning to change their lives because they are no longer prepared to believe what we, the public, are told. That is especially true of the younger generation. You can see the evidence for this in trends such as urban gardening, reskilling, the debate on alternatives to quantitative growth, slow food and car sharing. People are increasingly eating more consciously and living according to the principle ‘less is more’. We are also gradually seeing changes in political lobbying. Sometimes you have to swim against the tide and do the right thing.

Dresden Magazine: Is this something you have also observed in Dresden?

Brunnhuber: We have many initiatives, a large urban gardening network for example, and I’m also in touch with the complementary currency scene. Plus, there are many cultural projects. Dresden is a cultural capital, even if the national media sometimes seem ignorant of the fact.

Dresden Magazine: Many initiatives are also emerging from the city’s large student population…

Brunnhuber: Correct. But Dresden is a paradigm of understatement. With the exception of the PEGIDA demonstrations, the city seems to take a low-key approach. Dresden is different, but the locals don’t feel the urge to constantly tell everyone else. Perhaps we should put it like this: Dresden is not only aesthetically charming but also innovative, creative and cosmopolitan. That’s why I love living here.

Stefan Brunnhuber is a socioeconomist and medical practitioner. He is the director of Diakonie Kliniken in Zschadrass near Colditz and also lectures in the fields of psychology and sustainability at Mittweida University of Applied Sciences. In addition, he is a member of the Club of Rome and Senator of the European Academy of Sciences. (stefan-brunnhuber.de)

His book „Die Kunst der Transformati on. Wie wir lernen, die Welt zu verändern“ (The Art of Transformation: How we learn to change the world) was published by Herder Verlag, 2016, and costs 24,99€