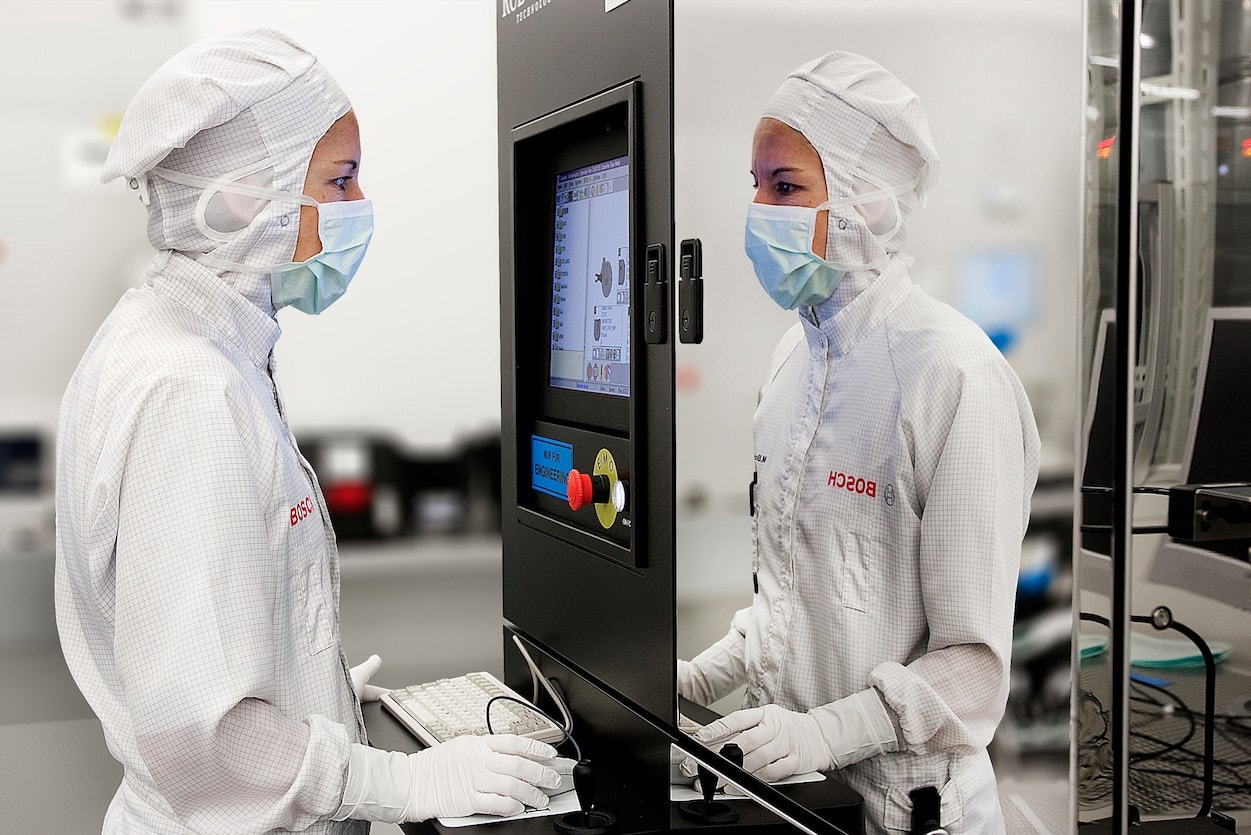 Dresden is an attractive location for both founders and global players to set up business. Particularly in the fields of microelectronics, new materials, and biotechnology, which have long been three of Dresden’s areas of special expertise. Here are three examples of the city's innovation potential

1 The Future of Chips

Did you know that, on average, every newly delivered car has more than nine chips from Bosch on board? More of them will be coming from Dresden in the future. The German semiconductor manufacturer is consolidating its development of key technologies for mobility and the ‘Internet of Things’ in the region. From 2021, a new Bosch plant in Dresden will be producing silicon wafers – an investment worth around one billion euros. The next stage of the production process is to convert wafers into semiconductors.

Novaled, a subsidiary of Samsung, is also investing a double-digit million sum in the expansion of a site in Dresden where organic electronics are being developed. Just two more examples of how Dresden has become the hub of the German semiconductor industry. The future is being shaped in the research facilities and 2,300 companies of ‘Silicon Saxony’.

In the Transparent Factory, the future of mobility is being mapped out. An exhibition there shows the extent to which electric mobility has already become established. Visitors are taken on a guided tour of the production line for the VW e-Golf and invited to take free test drives in electrically powered vehicles. Volkswagen is at the forefront of modern transport. The company has made workspaces available to six start-up ventures, where they can further refine their mobility innovations. Among these developments are Car Sharing Services and the innovative electric Tretbox solution for last-mile package delivery.

Dresden’s ecosystem for start-ups has thus become even more welcoming. In 2017, the international network for start-up centres known as Impact Hub opened a new location in the state capital. Moving into premises at Kraftwerk Mitte in the centre of Dresden at the same time was Kreatives Sachsen (Creative Saxony), a promotional network tasked with supporting the cultural and creative industries.

Dresden attracts pioneering spirits. This applies to visionary founders and global players in equal measure. For example, the US corporation Philip Morris is investing 320 million euros in a new plant near the airport. From 2019, it will be producing HEETS, a specially designed unit that contains tobacco and is intended for use with the IQOS holder. A lot of research has gone into this technology, and around 1,400 patents are involved. Technology at this level requires a pool of qualified staff such as can be found at the Technical University, the many research institutes and numerous biotech companies.

Dresden already has a certain tradition in this field, as we are reminded by the landmark Yenidze building, popularly known as the ‘Tabakmoschee’ (Tobacco Mosque). In order not to detract from Dresden’s skyline by the presence of a large industrial structure, the architect back in 1908 designed it to resemble a mosque. Phillip Morris has now been based in Dresden for more than 25 years and continues production of f6, a tobacco brand that has been around since 1900.

Information on infrastructure and funding opportunities in the economic and scientific hub of Dresden can be found at dresden.de/invest