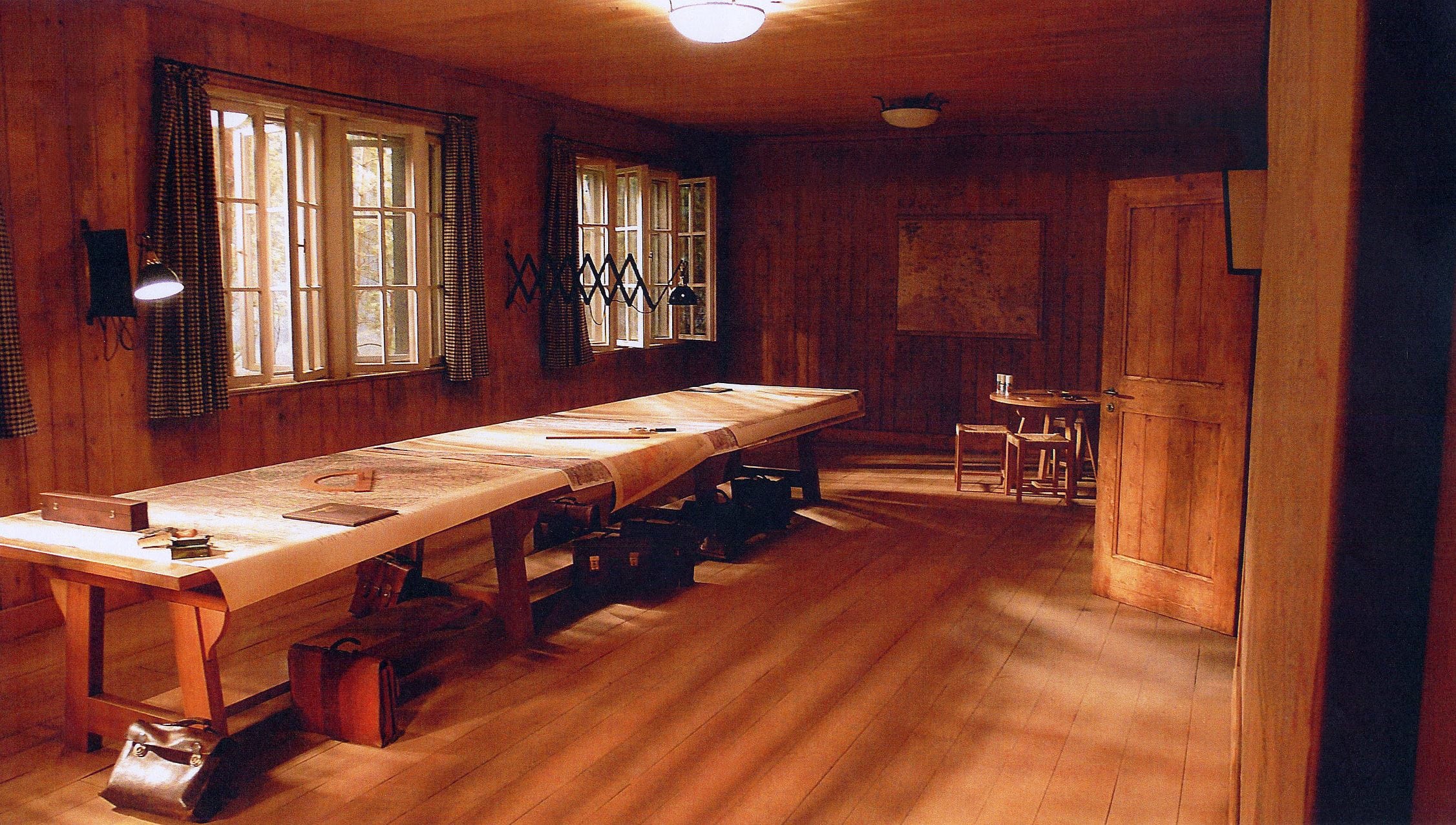 On 20th July 1944, Claus Schenk Graf von Stauffenberg spearheaded an attempt to assassinate Hitler. “The Führer Adolf Hitler is dead” he announced prematurely. A special exhibition (5th July - 3rd December) in the Military History Museum of the Bundeswehr examines the background to the plot and shines a spotlight on 14 of the main conspirators. Some of the scenery used in the Hollywood movie Valkyrie and a photo collage provide visitors with a strong visual sense of these momentous events.

All attempts to assassinate Hitler failed. The dictator was the target of numerous attacks, but he always seemed to have luck on his side. Often, he would leave meetings early or fail even to turn up. On 20th July 1944, however, he actually was in the room when an attempt on his life was made.

The Wehrmacht officer Claus Schenk Graf von Stauffenberg had managed to place a bomb in the so-called Wolfsschanze (Wolf’s Lair) from where the Führer directed the war on Russia. However, the meeting was brought forward and Stauffenberg was able to prime only half of the intended explosive charge. Furthermore, Stauffenberg placed the briefcase behind a thick table leg before excusing himself and leaving the room.

The bomb detonated, and Hitler survived, albeit badly shaken. A special exhibition in the Military History Museum in Dresden commemorating the assassination attempt of 20th July 1944 and Stauffenberg’s co-conspirators opens on 5th July 2019.

Resistance in the Wehrmacht had already begun to gather momentum in 1938. There were vague plans for a coup which hardened over time. Claus Schenk Graf von Stauffenberg was initially a willing National Socialist and a career military man. It was only in 1943, when military defeat began to look inevitable, that he became an active conspirator.

After Hitler’s death, the Wehrmacht was to take power and arrest key figures in the SS, NSDAP (i.e. the Nazi Party), Gestapo and security service. As a colonel on the General Staff in 1944, Stauffenberg was sufficiently high ranking for his presence to be required at key meetings. At this time, several previous attempts on Hitler’s life organised by the conspirators, some with other assassins, had failed – as indeed would that on 20th July. “The Führer Adolf Hitler is dead!” The group nevertheless issued their prepared communiqué to launch the coup d’état. Stauffenberg and many other conspirators were executed, some of them that same night.

Movie set to walk around

The highlight of the special exhibition curated by Magnus Pahl is a movie set. Visitors can walk around a replica of the bunker room constructed for the film Valkyrie and get a feel for the situation immediately before the detonation.

The film starring Tom Cruise and released in 2008 re‑enacts the Valkyrie coup attempt and background events. The space in the museum is arranged and illuminated just as it was during the filming to create an authentic experience.

A photo collage also depicts the military, social and political situation at the time, transporting visitors to the period leading up to the end of the war.

Only a very small clique?

The film focuses on Stauffenberg as a hero figure. However, he was just one member of a large group of around 200 people, including not only military personnel but also many civilians. Historian Dr. Linda von Keyserlingk-Rehbein conducted an analysis into who these conspirators were and how they were connected to each other. The Gestapo identified approximately 130 as involved while claiming that they represented just “a very small clique” of the military. Von Keyserlingk-Rehbein maintains that her research refutes this assertion. Display panels show Stauffenberg alongside 13 of the most important figures associated with the July plot and examine their motivations.

Numerous other exhibits, including original material penned by the resistance fighters, give an insight into their ideas. Some of the exhibits will be going on public display for the first time, for example a christening gift for Stauffenberg and a bust of Field Marshal Erwin von Witzleben who had a central role in the plot: as the highest-ranking military, he was to assume the rank of Commander in Chief of the Wehrmacht after the coup d’état. The bust had been lost for many years, as the sculptor had hidden it with his fiancée’s family. In the post-war period, Witzleben was still regarded by many Germans as a traitor.

What about the status of Stauffenberg?

One of the exhibits is from GDR times: a print of Stauffenberg from the portfolio Aufrecht: Grafische Blätter zum deutschen Widerstand 1933-45 (Righteous: Graphic Documents on the German Resistance 1933‑45). In the East German version of history, the accolade of ‘resistance fighter’ was reserved for the International Brigades in the Spanish Civil War or those who had unambiguously working-class credentials. Resistance within the Wehrmacht that was not organised under the auspices of the Freies Deutschland (Free Germany) national committee was dismissed by the communist regime as yet another manifestation of imperialism.

So the fact that Stauffenberg was honoured by the GDR comes as something of a surprise. A colonel of aristocratic descent with nationalist and conservative beliefs as a hero figure? The GDR regime made some attempt to claim that Stauffenberg had links to the communist resistance.

His ideological motivation is controversial among historians. In any case, Stauffenberg was no left-winger. Restoring parliamentary democracy was also far removed from his elitist way of thinking. Museum director Armin Wagner describes the motivation of the group as follows: “Even though the July conspirators did not aspire to the establishment of a pluralistic society of the kind we take for granted today, we can nonetheless categorise their actions, even judged by current standards of thought and language, as an expression of the desire for the rule of law and for freedom – two core elements of a democratic society.”

Admission to the exhibition and accompanying events is free. The museum is open from 10am to 6pm (Mondays to 9pm) and closed on Wednesdays.