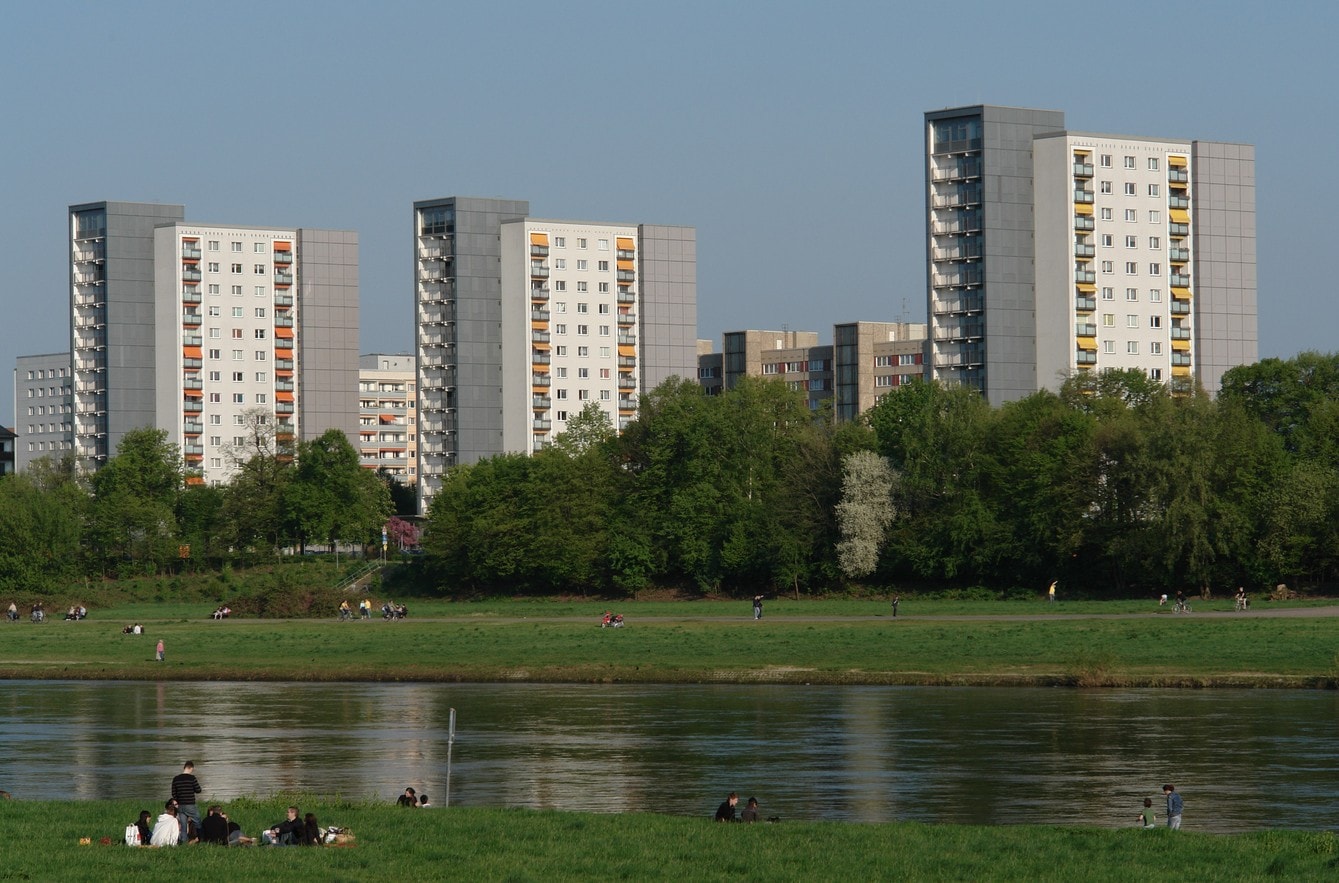 Marion Krüger knows Johannstadt inside out. She tells us why she has been happily living here for the past 30 years and has never considered moving away.

ohannstadt is the most beautiful district of Dresden because…

…there is an exciting mix of bomb sites and new development, of Plattenbau (prefabricated high-rise blocks) and public parks. This part of the city was badly damaged in the air raid of February 1945. It was subsequently redeveloped, with many green areas, wide streets and grandiose GDR architecture. I myself moved into a Plattenbau apartment over 30 years ago and am very comfortable there. I have a view of the TV tower, of the Saxon Switzerland mountains and of the tower on top of the town hall in the city centre. Everything is within easy reach: it’s only a few minutes’ walk to the Old Town, to the Grosser Garten or across the Waldschlösschen bridge to the Dresdner Heide.

How would you explain Johannstadt to a stranger?

At first glance, Johannstadt seems bleak and anonymous – especially in contrast to the large detached residences in the neighbouring districts of Striesen and Blasewitz. But if you look more closely, you become aware of the beautifully landscaped parks and the well-kept barbecue areas between the apartment blocks where the residents socialise in the summer months. In our garden, a neighbour tends a potato patch and the children play next to it. We also have several local beekeepers who will take you on a tour of some of the out-of-the-way places.

What sort of person feels readily at home in Johannstadt?

Anyone who wants to get to know the real Dresden. And anyone who values access to greenery. If you like cycling, you’ve come to the right place, because Johannstadt is adjacent to the EU Elbe Cycle Route. In short, get-up-and-go types who appreciate proximity to culture and to nature while not wanting too much hustle and bustle going on around them.

If Johannstadt were a person, what would be its distinguishing features?

It would be someone who is very open-minded and has many interests. They would need to be inquisitive and enjoy exploring – that would fit in with the many academic facilities here and with the Academy of Fine Arts which is located in Johannstadt. They would be less of an extrovert and more the sort of person you have to make an effort to get to know well.

The right soundtrack for a walk through Johannstadt would be this song:

has lived in Johannstadt since 1987 and is an active member of the Willkommen in Johannstadt neighbourhood support group, a voluntary initiative set up by the people of the district. The network aims to promote harmony and open-mindedness as well as mutual respect, tolerance and curiosity about other cultures.

Every year in August, the JohannStadthalle association organises the Johannstädter Elbefest. This district festival is held on the Elbe embankment around the Fährgarten. The programme is varied and has something for everyone, including games, communal activities, music, magicians, boat trips and a large paddling pool. It is usually held to coincide with the now traditional Elbe Swim.