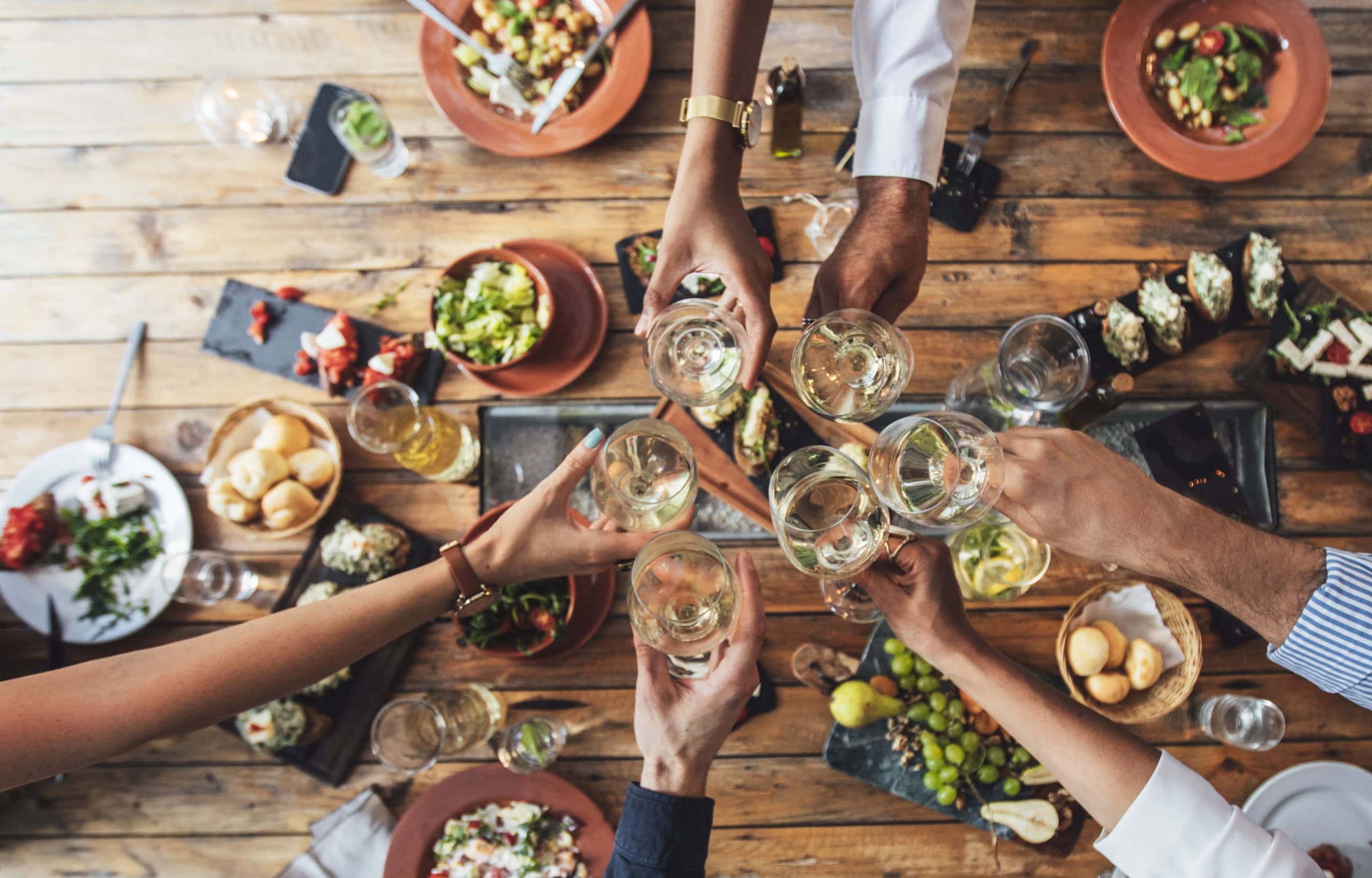 Baking Christmas treats, cooking for friends, dining together – as the year draws to a close, enjoyment is in the air. Or, at least it should be. Because there is usually just too much going on, which means that there is not much time left for indulging the palate. How should we go about such a serious business? We asked two Dresden star chefs, because they ought to know: Stefan Hermann, who runs bean&beluga, and Benjamin Biedlingmaier, chef de cuisine at the Caroussel restaurant in the Bülow Palais.

As a Michelin star chef, you’re well qualified to talk about enjoyment. Why is it important to enjoy food?

What a question! Because it’s fun, of course. That should be enough in itself. I can’t imagine anything better than the enjoyment you get from good wine, good food and good company. Without it, life would indeed be dull and sad.

What makes for a successful meal?

Good ingredients. And that’s irrespective of segment; it can be quite simple things: vegetables, good cheese, salad. And then we need a pleasant atmosphere and nice people to talk to.

What is the biggest enjoyment killer?

Stress. I notice that with my guests. If they’ve come a long distance to dine at bean&beluga and have been stuck in traffic for hours, it will take them a while to really settle into the evening.

What is the biggest mistake that amateur chefs make to ruin a meal?

Oh, I think it’s not so important whether you know how to cook or not. Far more important is whether you’re in the mood. Cooking is a creative process – it’s like painting a picture. And what’s the worst that can happen? Maybe something burns or gets too much salt. And whether the meat is tough or not is usually not because of the cooking but rather the wrong choice of meat.

Which ingredient do you think is completely overrated?

I’m generally not a fan of luxury products: caviar, goose liver, oysters… I don’t need to include that in every dish we serve in our restaurant, and I certainly don’t need it at home. There are so many beautiful things growing on our own doorstep: asparagus in spring, cherries in summer and cèpes a few weeks later. And all year round, freshwater fish that can be sourced locally. I really do not need langoustines from New Zealand.