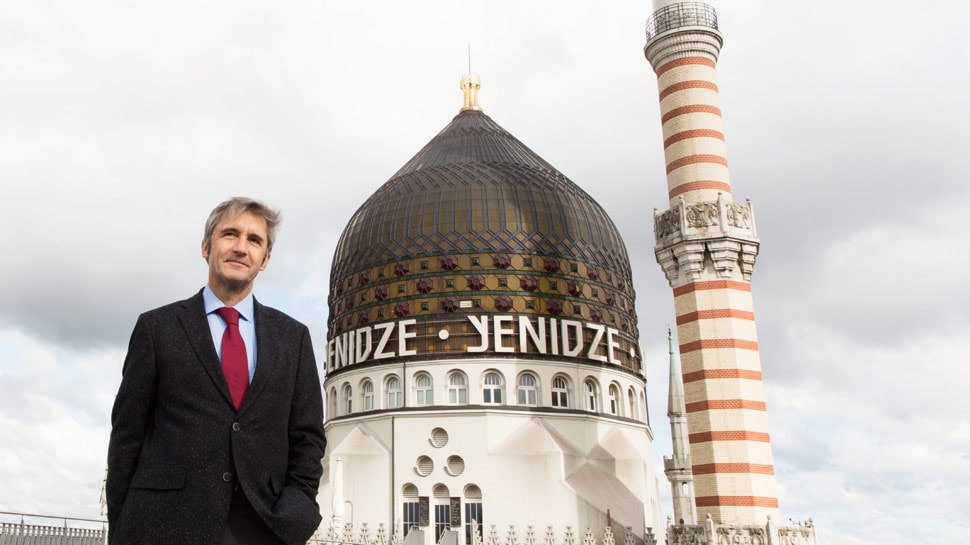 Dresden is very beautiful and highly self-confident – but also quite self-centred. Frank Richter initiated a dialogue with Pegida, the anti-islamisation far-right group, but nothing came of it. An interview trying to figure out why this city sometimes ticks rather strangely. By Oliver Reinhard

What does the typical Dresden valley feeling mean to you?
It’s a sense of being rooted. There is beauty, love and familiarity, but also a certain degree of feeling hemmed in, which involves making an effort. Like any other emotion, my feeling for Dresden comes from experiences I have had. These were associated with struggle and confrontation in 1989, and they still are. Instead of commas and question marks, the default punctuation in Dresden seems to be full stops and exclamation marks.

Dresden prides itself on being cosmopolitan. Is that more of a slogan than a reality?
Throughout history, Dresden has absorbed influences from all over the world, not only from Italy. It would be fair to say that the city has virtually incorporated these influences. This has turned Dresden into a place full of pride over the centuries. I too am conscious of Dresden’s radiance, its brilliancy, its significance. It is brimming with self-confidence, but it is also quite self-centred.

The fragility of this self-confidence is a mystery to many people, including many locals. Dresden has a high opinion of itself, and this is generally validated by outsiders – not without reason either. But when criticism comes their way, Dresdeners tend to be quickly offended; they consider that they are being belittled and patronised.
This is the downside of Dresden’s prominence. The city is famous and knows it. It is always pleased to see the spotlight shone on all its splendour. But in the long term, no-one bears up to so much brilliance. People – and that includes the Dresdeners themselves – start to look for the shadows, and these can of course be found. It’s an ambivalence that must be endured. But the prouder you become and the more your self-confidence depends on this pride, the harder it is to hear criticism without taking offence.

Sounds somewhat narcissistic …
That’s because it is. Like Narcissus staring into the pool, Dresden loves to admire its own reflection in the Elbe river and becomes melancholy when there are ripples in the water that blur the image. Fear of hurtful comments and insults is always present under the surface.

Over the last 200 years, Saxony’s capital has suffered some losses and defeats. In 1813 during the Napoleonic war and in the Prussian-Austrian War of 1866, Dresden found itself on the wrong side. In 1918, Saxony was finished as a kingdom. In 1933, the city epitomised the Third Reich. It lost its splendid outward appearance overnight in 1945 and was then relegated down the pecking order behind the GDR capital East Berlin. In GDR times, it was even dubbed Tal der Ahnungslosen, meaning the ‘Valley of the Clueless’ …
… much of which was a fate shared by other towns and cities, but none of them reacts to criticism with the same sensitivity and patronising surliness as Dresden.

Dresden is the only major city in the East with politically conservative leanings.

There is a rising level of disenchantment with politics, fear for the future and xenophobia throughout the country, but why is this expressed so openly in Dresden?
The discontent that you see on the streets of Dresden is not exclusively generated here. To a great extent, it’s people from all over the region who use this city as their public platform. And Dresden is not doing enough to counteract this discontent. The city occasionally even fosters and reinforces it. But then, of course, it has a tradition of self-aggrandisement. Dresden is the only major city in the East with politically conservative leanings. You are going to encounter far less resistance to Pegida here than in a socialist-minded city such as Leipzig. Dresden has somehow retained the character of a royal residence.

Could the city not shine a light on the shadows and turn itself from a place of dispute to one of dialogue? You were one of the persons who put out feelers while others were distancing themselves.
Unfortunately, these dialogues often consisted only of a sequence of monologues. Many spokespersons were not interested in debate – they were only playing to their own supporters. But away from the self-expression, there were frank exchanges and discussions. That’s when the things that are so important for a democratic society, namely empathy and changing perspective, were more on display. As a matter of fact, ‘the Dresdener’ knows how to debate, just as well as seeing beyond his own nose and beyond the boundaries of his valley.

Is there one particular self-image cherished by locals that you find annoying?
That Dresden is the most beautiful, most intelligent and most precious place on the planet.

And what prejudice about Dresden gets you really worked up?
That we are not only narcissists in this city but also Nazis.

Born in 1960 in Meissen, studied theology, ordained a priest in 1987. In 1989, he was part of the ‘Gruppe der 20’ (Group of 20), a citizens’ movement formed in Dresden to demand greater freedom during the October demonstrations of that year. In 2015, as Director of the Sächsische Landeszentrale für politische Bildung (Saxony’s regional agency for civic education), he sought dialogue with Pegida supporters. This year, he takes up a new job as CEO of the Frauenkirche Dresden Foundation.