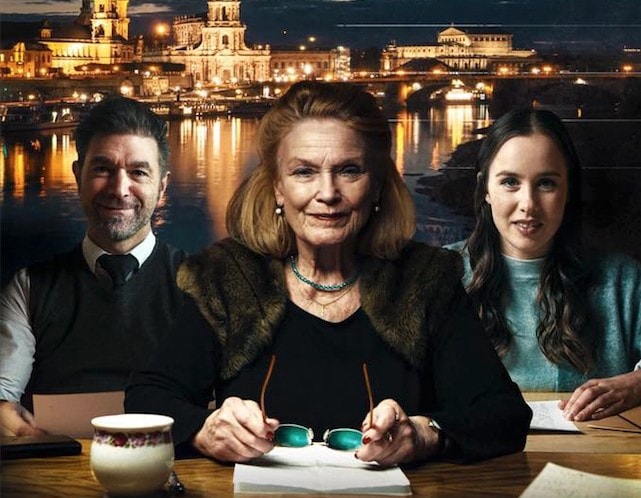 Parties in derelict buildings, amorous encounters on the banks of the Elbe and watching the grandchildren feed the swans: four Dresdeners tell of the moments when they feel especially close to their city. Their ‘love letters’ have been made into a film by makai Europe. It is the first of a six-part series about Dresden and the Elbland

Baroque tweeness and unbridled zest for life, stark contrasts and a rich tapestry of tradition: Liebes Dresden (Dear Dresden) sums up the city in a three-minute burst.

Four local celebrities have each written a love letter to their home city, and makai Europe, a Dresden-based adverting agency, has found the pictures to match. The client was Dresden Marketing GmbH (DMG), and yet this publicity short is not just aimed at creating a flattering image. On the contrary. As dancer and actor Christian Novopavlovski says: “Dresden, you are so beautifully imperfect – just like me.”

Because that is the main thrust of the film – the very personal relationship an individual develops with a place that continues to fascinate, even after many years.

In the case of Monika Hildebrand, the grande dame of the Dresden theatrical scene, it is a fascination that has lasted a whole lifetime. The actress, who was born in Dresden, knows the city as few others do. She feels that they are “like a couple who have grown old together”.

In her letter she describes all the wonderful moments that Germany’s ‘Florence on the Elbe’ has to offer – twilight in the Elbe Valley, her favourite spot on the bridge between Loschwitz and Blasewitz, memories of dance evenings in the Schillergarten park – but also the parochialism of local people. Hildebrand sets out to rediscover the city with her two grandchildren.

Clemens Lutz, on the other hand, moved to Dresden in the 1990s to study architecture. He liked the contrasts that can be found everywhere in Dresden: “Concrete tenements and baroque architecture, bomb sites and new construction projects, village mentality and metropolitan at the same time – so stimulating!”

He and his friends organised parties in derelict buildings back then. It was a formative era for him. Lutz decided his talents lay more with hosting than with studying. He now runs Convea, a company that organises and manages all manner of events.

“A home, a retreat and a holiday destination all in one”

“In Dresden, you can be just the way you are,” enthuses the youngest of the four letter writers, fashion model Linda Schönherr, who appreciates her city for its serenity. “You are home to me, a retreat and a holiday resort at the same time.”

It would be hard to imagine a nicer compliment.

The short film Liebes Dresden (Dear Dresden) is the first of a six-part series about Dresden Elbland as a destination for many categories of travellers. Each of these publicity films has been made by a different agency. They will be released one at a time on the social media channels of DMG and on the www.dresden.de website.