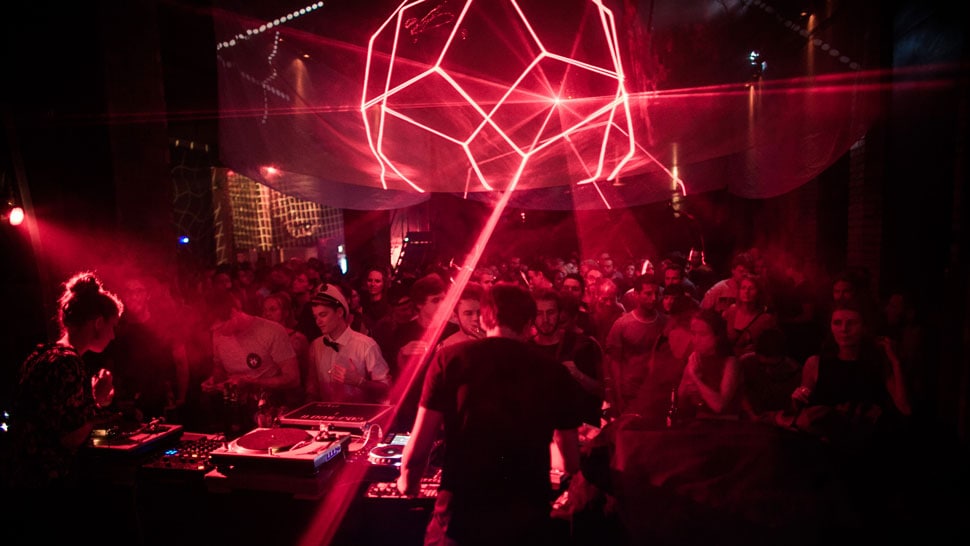 Here are ten dance clubs where the music never stops. Perfect for people who are passionate ab

The Altes Wettbüro (literally ‘Old Betting Shop’) is popularly abbreviated to ‘Wetti’ and is probably the longest-established of all the clubs on the Dresden scene. In the small villa between Albertplatz and Neustadt railway station, at least two generations have danced to the point of exhaustion. In the former Künstlercasino, the boundaries between hip-hop, electronic and rock music are explored. The concerts lose none of the intimacy that characterises the nightly discos. The owners have recently upgraded the food and drink side of the business. The beautiful beer garden is an obligatory hang-out for locals and for visitors to the city in the summer months.

Groovestation in Katharinenstrasse counts as a sort of ‘elder statesman’ among the Dresden clubs, having kept music fans happy since 1994. It started out as a refuge for the rock ‘n’ roll, surf and punk communities and has since embraced funk, hip-hop and indie rock. At the regular Midi session on Wednesday, the repertoire runs to techno and house. And if you prefer to enjoy the entertainment away from the dance floor, there are billiard and table football facilities.

They have blown off the cobwebs in the cellar premises of Club Koralle in Rothenburger Strasse. Just like Sleeping Beauty, one of the youngest members of the Dresden club community was re awakened in 2017 and is now making up for lost time in a burst of euphoria. On Fridays, Saturdays and on days before holidays, regular disco parties take place here, with established DJs as well as rising talents from Dresden putting in an appearance. The dancers are packed tightly under the magnificent glitter ball as they gyrate to the sounds of techno, house, and occasionally hip-hop or drum ‘n’ bass.

The self-proclaimed ‘biggest club in the city’ has set out to impress with a highly sophisticated multimedia concept, which is indeed unrivalled on the Dresden scene. The fabulous lighting, sound and 3D video technology is intended to provide the almost 1,000 clubbers with an experience of the more exclusive kind, including an indoor waterfall. Theme parties are always made welcome. In terms of music, the former electricity transformer building does not cater for niche tastes, preferring to serve up the big anthems, played by DJs of repute, who have a marked preference for the electronic genre.

‘objekt klein a’ was set up in 2017 to encapsulate the club experience in its purest form, an endeavour in which the owners have undoubtedly succeeded. The two regular floors have the potential for myriad uses. In their quest for perfection, they have installed a sound system that is up there with the best and created an ambience that makes it easy to let yourself go. Night-owls and cool dudes of all complexions find the destination of their dreams in the industrial district north of Neustadt. It’s just what the city’s dance aficionados have been waiting for.

Nostalgia is in plentiful supply at Ostpol (East Pole). The decor may seem strangely familiar to older visitors who remember the former East Germany. However, it’s not just a matter of reflecting on the past but also celebrating the present, because the concerts and discos are given over to contemporary musical phenomena. And the range is broad, encompassing Northern Soul, ska, indie rock and Italo disco.

The brains behind Club Paula is a superstar of Dresden’s techno history. But tradition alone isn’t enough – this place really delivers. First established under the name ‘Whatever’, the lovingly restored electricity substation rebranded itself as ‘Paula’ in 2004. Its dimensions are optimum, offering enough space for unusual dance steps, but without surrendering the element of intimacy that is essential for a memorable night out. Club Paula wins over even the most discerning party-goers. Spinning the turntables here are some of the big names such as DJ Hell or André Galluzi as well as the new generation from Dresden.

Scheune (English: The Barn) is an obligatory stopover on the Dresden club itinerary. It became a highly frequented hub of (sub)culture in the early 1980s, featuring poetry readings and cabaret performances. Following a management reshuffle and a conceptual makeover, hip-hop and punk were added to the programme. The formula has remained unchanged to this day. There are new events almost every day, ranging from concerts of different musical styles to theatre, from cabaret and film to discos.

Sektor Evolution, yet another club in the industrial district on the north bank of the Elbe, serves up techno in its purest form. With a constant change of personnel at the top, the decor is permanently in flux. The one fixture that never changes, however, is the formidable music system on the three floors, a delight not only for electronic freaks. The calendar is also punctuated by children’s parties, workshops, theatre, fashion shows and exhibitions.

Located beneath Dresden-Neustadt railway station, this club is a relative newcomer but has quickly won fans among local club-goers. Together with sister club Sabotage, the management at TBA lay on a weekly rota of discos without any hint of affectation but with plenty of conviction. A set pattern of genres ranging from techno to house and from drum ‘n’ bass to dubstep have helped TBA get a foothold where various predecessor club concepts in the same premises have gone under.