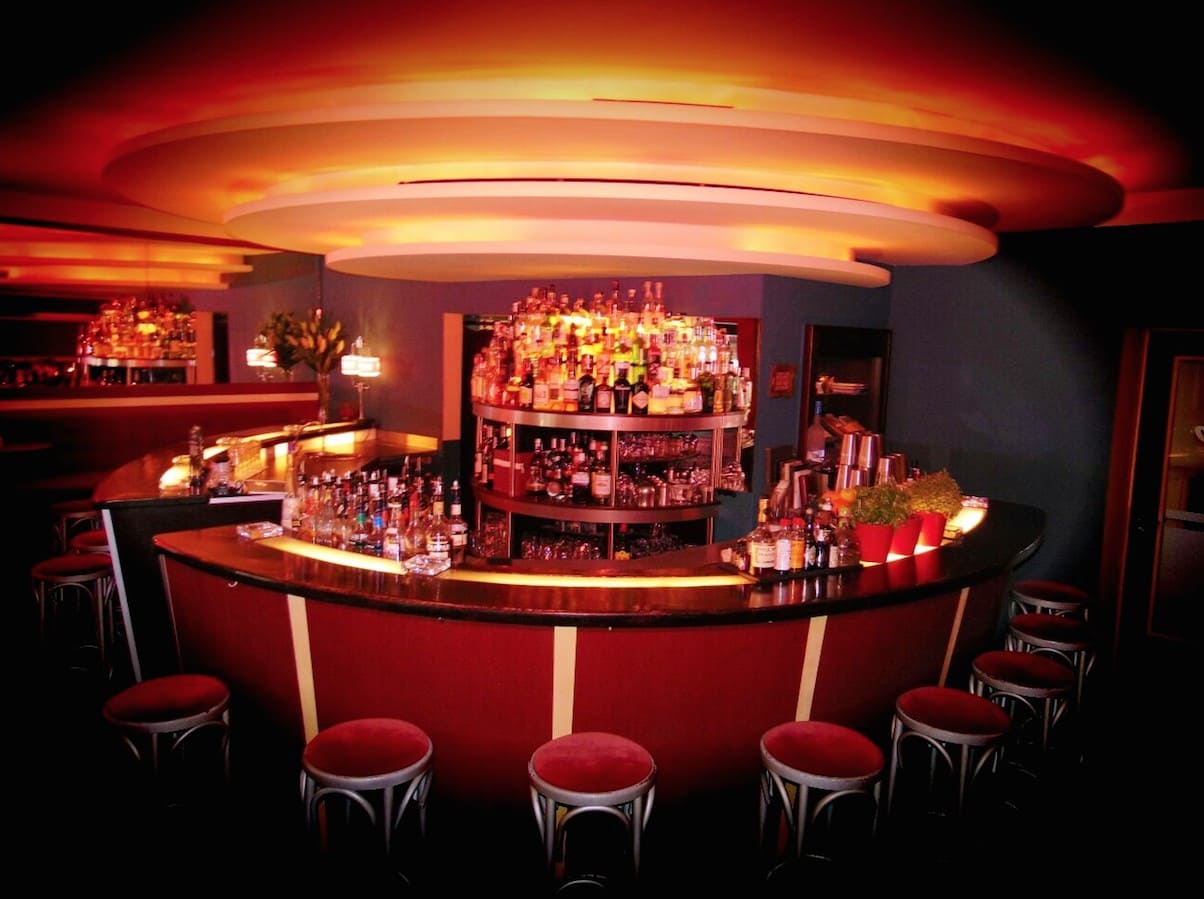 Whenever you have a thoroughly enjoyable evening out, it will be due in part to the people you have spent it with. No less important, however, is the choice of venue. Fortunately, Dresden has much to offer in this regard. We asked five Dresdeners about their favourite places for an evening out.

A mysterious place for special evenings
Gina Scott on the Jaipur

„Best of all, I like to go to Jaipur in Innere Neustadt. It’s funny, because I really didn’t know Indian cuisine until I came here. I first experienced it a few years ago when a colleague from the Semperoper celebrated her birthday in the Jaipur. I immediately thought that this was a really special place. The moment you enter, it’s like being transported to another world: the lighting is subdued, and everything seems quite mysterious. The staff laid on a small performance for my friend’s birthday celebration – a kind of Indian dance. Ever since, it’s been my favourite restaurant in Dresden. I now go there quite often, and I usually ask for the spinach curry with a mango lassi.“

Open daily from 11am to midnight.

Gina Scott, since 2011 demi-soloist at the Semperoper, currently appearing in La Bayadère. She trained as a ballet dancer at the Royal Ballet School in London and the Elmhurst School for Dance in Birmingham. In 2010, she was a finalist in the Young British Dancer of the Year competition.

„The Caroussel in the Bülow Palais has been Dresden’s leading restaurant for some years now. Classic French-inspired cuisine – creative and with its own unique signature. The management describe their dishes as having a ‘slightly feminine look’. Speaking as a male, I just find the cooking absolutely delicious. The ambience is also perfect – the conservatory, the chandeliers, the Meissen porcelain… Next door in the same establishment is Bülow’s Bistro, with excellent fish and a Wiener Schnitzel done just how I like it.“

René Pape, opera singer living in the Dresden suburb of Hosterwitz, since 1998 a soloist performing with top international orchestras. Pape has worked with some of the most important conductors, has been voted Singer of the Year on several occasions and has won several major music awards, including a Grammy and a Klassik-Echo.

Brunch and chill out
Danilo Schulz on the Raskolnikoff

„The cuisine in the Raskolnikoff is sensational. It’s as regional as it gets, and always fresh. I especially like to go there for brunch, which they do every Sunday. You have to book early for this, and not without reason. Although the bar is located right in the middle of the trendy part of Neustadt, the beer garden around the back is nice and quiet. When I come here in the evening, I prefer to sit at the bar. The staff are super friendly, the whisky selection is great, and the wines too. I always find that I’ve stayed at least an hour longer than I actually intended.“

Open Monday to Saturday from 11am and on Sundays from 9am.

„The Ristorante Classico Italiano next to the Frauenkirche is in my opinion the best Italian restaurant in the city. There is a wide selection of delicious dishes, always freshly prepared. The staff are very accommodating, and the atmosphere in the restaurant is just so nice, especially in summer. They often have live music in the restaurant – but never in such a way that it’s intrusive. I love the sound of the piano being played in the evening, whether I’m sitting inside the restaurant or outside with a view of the Frauenkirche.“

Katharina Schwabe, volleyball player, currently wing forward for SC Dresden with whom she has won the German championship in several of the past seasons.

„My favourite place in Dresden is Studiobar in Innere Neustadt. You can tell immediately that the people who make the cocktails here take their work very seriously. The quality of the drinks is always spot on, and the service is decidedly stylish. All the bar staff wear a waistcoat and bow tie and keep themselves to themselves – except when you’re sitting alone at the bar and wanting to have a chat. Then you discover that they are excellent conversationalists. I always like to try something new from the drinks list. In the end, though, I always come back to my favourite, the Bloody Mary.“

Open daily from 8pm to 3am.

Johannes Gerstengarbe, co-founder of Ballroom Studios, the creative centre in Dresden where not only new albums but also talk shows are recorded. He is  a lecturer at the Dresden University of Music and travels the world as a musician working on various projects.